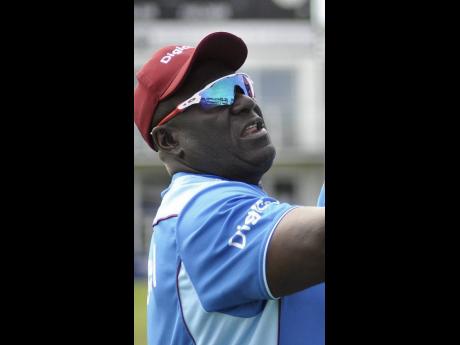 While the Windies won’t be underestimating South Africa in their ICC Cricket World Cup encounter today, assistant coach Roddy Estwick says the regional side is confident they can come out victorious.

The two sides will meet in a crucial match-up, with South Africa having lost their first three games and the Windies coming off a heartbreaking loss to Australia.

While Estwick believes the Proteas will come out firing in a “must-win” game for them, he is still backing his side to pick up the valuable two points.

“We are obviously confident, but we have to respect South Africa as well. They are a good side. They have lost three games. We know they have got world-class players, so we can’t underestimate their ability, and we have to go out and play hard and smart cricket and stick to our game plans.

“We have to target 100 overs. At the end of the 100 overs, we have got to make sure that we are on the winning side. We just can’t single out one part of the game. Once you do that and that part of the game has any resistance, then your game plan falls down. We have a plan for 100 overs, and we have to go and execute,” Estwick maintained.

The assistant coach said the Windies’ bowling unit has been impressive so far.

He said the fact that the Windies had dismissed their opponents for less than 300 in both games in what has been a high-scoring tournament showed their quality.

What we must do is play the one percenters a bit better, and I’m sure if we did that in the last game, we would have won the game. It’s nothing to do with the bowlers. We are all in it together. We are not going to single out the bowlers and say the bowlers did a poor job or the batsmen did a poor job; it is a team. If you are looking for excuses in the cricket game, you can find it wherever you look,” Estwick said.

Estwick said that while both Andre Russell and Chris Gayle had picked up “some nicks”, they would both be available for today’s game.