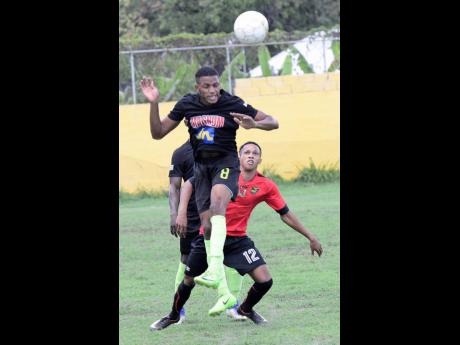 Molynes United coach Lijyasu Simms said his team was perfect throughout the JFF All-Island Confederation Play-Offs and were able to qualify for the Red Stripe Premier League (RSPL) because they played to their strengths.

Molynes United defeated Downs United of Manchester 3-0 with goals from Tyrick Sutherland (seventh minute), Ackeem Stewart (79th) and Patrick Shecklude (88th) to claim their fifth successive win from as many games. They lead the points table with the maximum 15 points, two ahead of Vere United, the other qualifiers for the RSPL.

Both teams will meet in next week’s final round to decide the play-off winners. Third-placed Wadadah, with seven points, cannot overtake either team.

“Our prayers didn’t go by the wayside. It was a perfect season; this was our fifth win from five games. We went into the season with a plan, and we worked to our strength. We understand the team and the team understands us, so we worked together, and it bore fruit,” he said.

Molynes got off the mark early thanks to Sutherland, who volleyed home from inside the box after seven minutes. Downs gave a good account of themselves despite the scorerline, with Ajay Chin being their most dangerous player.

But just before the break, Downs were reduced to 10 men when Romario Witter received a second yellow card.

However, they came out in the second half and put up a good fight, but 11 minutes from the end, Stewart put the game out of their reach when he scored from 12 yards to make it 2-0. Shecklude then added the third goal two minutes from time when Nicholas Bennett was cut down inside the box and he put away the resulting spot kick.

“It resulted in a goal. Second half, we could have come back, but they scored again, and that took the sting out of us, and the third killed the game,” he said.