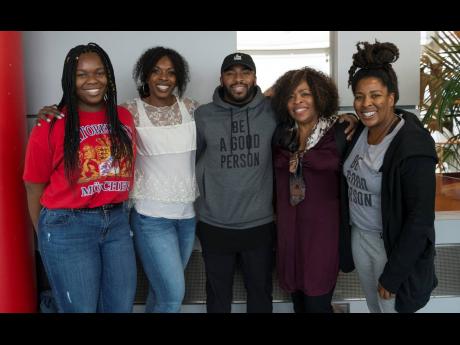 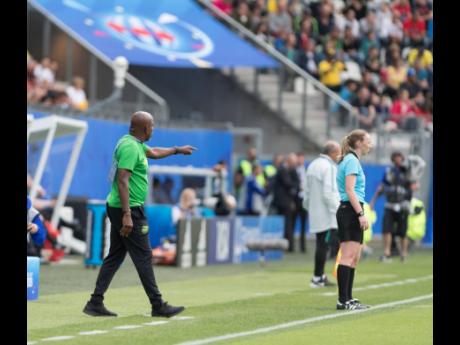 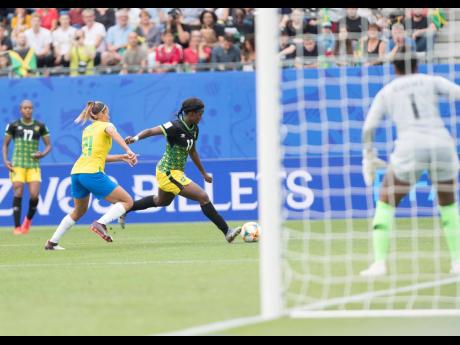 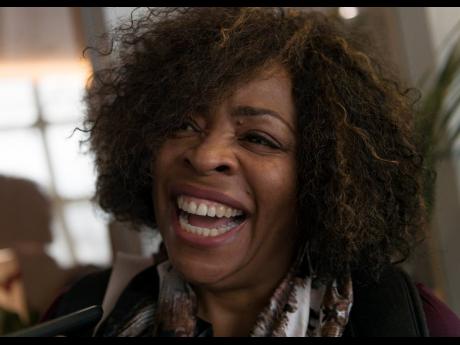 For Reggae Girlz assistant coach Lorne Donaldson, helping the team to its first FIFA Women’s World Cup (FWWC) berth was special, but sharing the historic achievement with those closest and dearest to his heart has certainly added a special touch.

Donaldson is joined in France by his wife, Judith; son, Julian; daughters, Yaneash and Yvonne; and over 10 other family members, plus another 15 or so friends who have made the trip from all corners of the globe, eager to celebrate the coach’s achievements and share in a moment that they know - better than most, came at a huge price.

For Judith, who has been married to the experienced tactician for close to 40 years - an indication that Lorne has been drawing up plays long before his days on the touchline; experiencing the FIFA Women’s World Cup with her partner and family is the realisation of a lifetime of dedication and commitment, merited reward for countless sacrifices made by both the coach and his loved ones.

“This is what Lorne does, we always say football is his first love, we are second, but we have conceded, it’s ok,” smiled Mrs Donaldson. “This is his passion, he spends a lot of time, he dedicate this time to the sport and to the girls and they deserve to be here as much as he deserves to be rewarded for helping them get here. And working with (head coach) Hue (Menzies), they are pretty tight and to see them accomplish this together, brings immense pride. They are the reason I am here.”

“He’s looking forward to us being here, it’s a reward for him, as much as it is for us and for me, it’s my first time in France and this is even a better reason to be here,” Mrs Donaldson continued. “This has been his life, from growing up and seeing the girls through. It was frustrating for family, he was always gone and we were like ‘When is this going to stop’, and he would always say, ‘I have to do this for the girls, please support me on this’ and we do.”

Yaneash, who actually does some coaching herself, is equally excited to share the FWWC experience with her father and the rest of the family.

“It’s a historic moment for the football programme and it’s beautiful to see the women’s game start to gain such popularity and recognition on the island, and now they are on the world’s biggest stage, so as one of his (Lorne’s) daughters, it’s just; I think this is the pinnacle for me in his coaching career. He’s done a lot, but this is the pinnacle moment and it’s beautiful to see all the work that’s been put into it and seeing the love and the drive and the passion for the game come to fruition, that’s been the proudest moment,” Yaneash shared.

“It means the world, because one thing he always instilled in us was to follow your passion but to do it for the right reasons. It’s not for a popularity contest, definitely not for the riches, if you’re going to do something, he always told us, don’t be good, be great at it and it’s nice to not only look up to him, but to see him living out what he states,” she added.

Yaneash, who looked back at countless backyard training sessions with her father, has coached at Miami-based club, Pinecrest Premier FC but is now spending more time with her youth organisation, which among other things involve a Jamaican camp for young female players.

For Lorne himself, having his crew here means the world to him, as he pays special credit to his wife and daughter Yaneash who organised the travel party.

“I had nothing to do with it, they are really great at organising stuff. When they told me they had 30 people, I thought they are crazy,” Lorne laughed. “But she’s (wife) a great woman, I appreciate her. The weddings, the birthdays, the family trips, everything - I have missed a lot of those. Over the last four years, doing the under-17 team, the under-20 team and the national senior team, that’s a lot of teams to be working with. She has sacrificed a lot, so I really appreciate them coming here.”