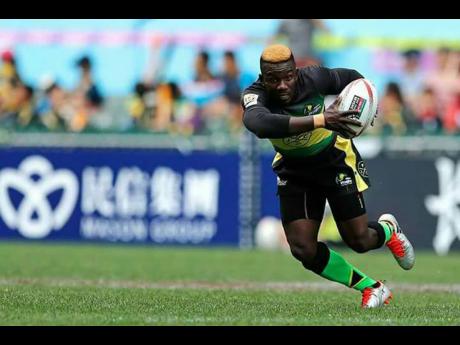 The national rugby union team, the Jamaica Crocs, will seek to make history in the sport as they make their first ever appearance at the 2019 Pan American Games in Lima, Peru, this summer. Leading the charge for the Crocs is Oshane Edie, one of the team captains, and he is very optimistic about the team’s chances in the overall tournament.

The Pan American Games is scheduled to begin on July 26, with the rugby sevens competition scheduled to be one of the events on display. With Jamaica sealing their qualification, eight teams will take part in the competition this year.

Going into the tournament however, Edie explained that the team has a unique set-up that has had an effect on the amount of time that they are able to train together.

“Our overall preparation is good, but as you know, we have a local-based team and an overseas based team. We have about five players from the local team going, with the rest coming from the UK,” he said.

The plan for the Crocs is to have the local players travel overseas before the games and put in several training sessions together with the others to build cohesion. Before this, the team has put a system in place where both sets of players are being drilled under the same discipline and tactics.

Going up against the likes of Argentina, Uruguay, and Chile, who have already established themselves as some of the higher-ranked teams in the world, Edie says he and his teammates are looking forward to the challenge of facing their South American opponents, and he feels that the team is up to the task ahead of them.

“We’re trying to medal for the Pan American games. That’s the expectation. That’s what we’re really going for,” he elaborated.

“It’s going to be a task, but we’re up for the challenge.”

Before the Pan American Games however, the team will be competing in the Rugby Americas North Sevens tournament in the Cayman Islands from July 6–7. This, Edie explained, will be a way for the team to test themselves against much-needed competition, as well as qualify for the 2020 Tokyo Olympics.

“We have a good chance of making the Olympics. There will be two zones and we went in as the No. 2 seeded team with Canada being the No. 1 seeded team… so if we brush off Canada, it will be our chance,” he said, “It is the Olympics – everyone wants to go to the Olympics.”

As one of the team leaders, Edie is confident he can play his part to help his team succeed and will shoulder his responsibility by leading by example.