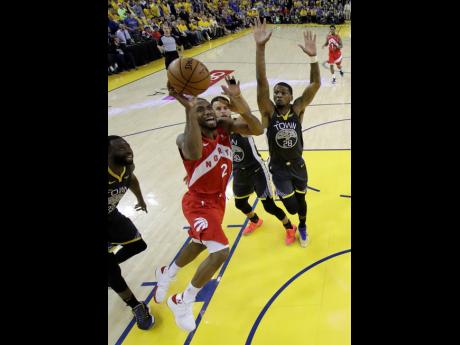 At the start of the season, very few of us would have predicted that the Toronto Raptors would win the NBA. I myself had Milwaukee Bucks and the Golden State Warriors to get to the final, with the Golden State getting the three-peat. The sports gods were not kind on the defending champions. Had Kevin Durant been fit throughout, and had Klay Thompson played Game Three and not gone down injured in the third quarter of Game Six, the Warriors may still have prevailed, but it was not to be. Fate had other plans.

Raptors president Masai Ujiri made some serious gambles that, in hindsight, make him now look like a genius. He fired Dwane Casey last season, even when he was being voted Coach of the Tear. Ujiri felt that although the team looked splendid in the regular season, they lacked steel in the play-offs. They kept being eliminated by the LeBron James-led Cavaliers. Ujiri went for the tough Nick Nurse, who had coached in Europe but had no track record in the NBA.

Ujiri also made the controversial decision to trade DeMar DeRozan, who for years was the face of the franchise. He swapped him for Kawhi Leonard, who had played only nine games the previous season because of injury. The move worked like a charm. Leonard willed his team along. Not only was he finals MVP, but he now has legitimate claims to be the best player in the game.

The Golden State Warriors, especially through Steph Curry and Thompson, had transformed the league into a three-point shooting gallery. They have won three of the last four titles by shooting from distance better than everyone else. The rest of the league has caught on. The NBA has basically come down to which team has the best outside shooters, and Toronto, in the absence of Durant and Thompson in crucial moments, were simply better than Golden State at jacking up 3s or ‘long’ 2s.

Kawhi Leonard was the star, but his support cast was awesome. Both Kyle Lowry and Pascal Siakam scored 26 points each in the deciding Game Six. Fred VanVleet had 22, and even Serge Ibaka contributed 15, all of them with dagger-like precision from outside the arc. The Golden State Warriors were essentially beaten at their own game. It was once said that jump-shooting teams cannot win the NBA. Pundits had felt that shooting from distance was too risky to be sustained over the course of a play-off run. Times have changed. The truth is that if you are not a quality team at shooting from range, then you won’t win the NBA’s ultimate prize.

And now what of the Golden State Warriors? Is this the end of their dynasty? Both Thompson and Durant are heading into free agency. Will they re-sign? If one or both do not re-sign, will Golden State make it to a sixth straight final next year? Time will tell, but my own gut feeling is that the years of utter dominance on the part of Golden State may have just limped to a halt. It may well be the end of an era.