Canada into women WC Round of 16 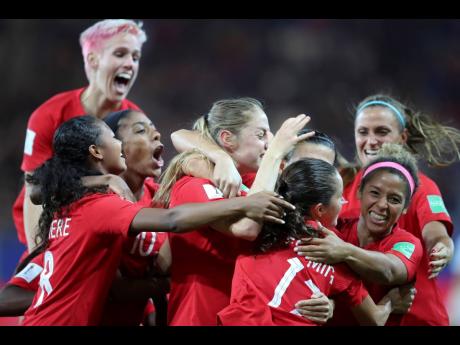 Jessie Fleming and Nichelle Prince each had second-half goals, and Canada advanced to the knockout round at the FIFA Women’s World Cup with a 2-0 victory over New Zealand yesterday.

Fleming took a well-placed pass from Prince and scored in the 48th minute to break up a goalless match. The Netherlands also made it through to the round of 16 with a 3-1 victory over Cameroon in the other Group E match earlier in the day.

Fleming, who made her debut with the senior national team at 15, currently plays for University of California, Los Angeles (UCLA).

Prince got her goal in the 79th minute, a rebound of Christine Sinclair’s header that hit the post.

Led by Tom Sermanni, former coach of Sweden and the United States, New Zealand were hurt in the first half when defender CJ Bott was injured and had to be subbed out.

Canada will face The Netherlands in the team’s final group match On Thursday in Reims. Cameroon and New Zealand will meet the same day in Montpellier.

The Canadians had never advanced from the group stage playing outside of North America.