This could be our year – Pagon 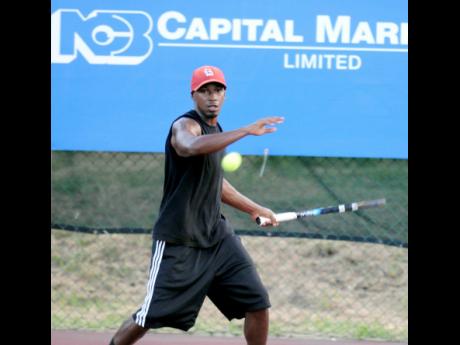 Jamaica captain Dominic Pagon is expressing confidence ahead of tomorrow’s start of the International Tennis Federation (ITF) Davis Cup competition, which will be held in Costa Rica.

The Jamaicans, who will compete in Group Three of the tournament, will know their opponents when the draw is announced today.

It is more than 10 years since the country competed in Group Two of the tournament, having done so in 2008. In fact, the Jamaicans barely missed on a spot in Group Two in 2016 after they were beaten by The Bahamas in the final.

Pagon said the team worked well in its preparation and is determined to do well at the championships.

“I honestly believe that this could be our year,” said Pagon. “There are so many times in the past when we made it to the finals, and we have been about one or two points away from winning, but for whatever reason, it just didn’t work out for us.

“I think that we have a good chance of moving up to Group Two this year because the team is well prepared.

“Our number one player, who is Randy Phillips, has been on tour playing a lot of Future ITF pro circuit events, and he has been doing very well,” he said.

Pagon pointed out that Phillips, along with Bicknell and Bird, are pumped up for the tournament and therefore he is expecting outstanding performances from them.

“Jacob and Dimitri have been playing division one tennis in the US, and this is a very high level of play, and they have been doing very well for their respective universities,” he said.

“I am a playing captain, so I will be able to play doubles with Randy, and we have been a pretty good team in the past. So I think we have a pretty good shot of making that breakthrough this year to Group Two.”