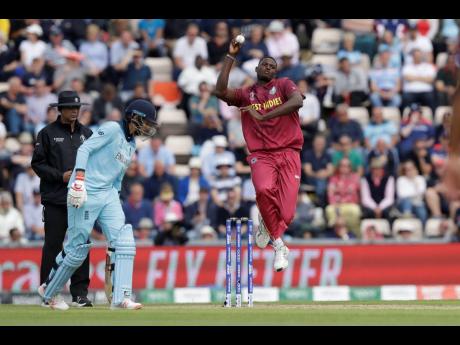 While the Windies have shown at times that they can compete with the best teams in the world, their captain, Jason Holder, wants to see them do it more consistently at the ICC World Cup.

The Windies were thoroughly outplayed by England, going down by eight wickets on Friday. It was their second loss of the tournament.

The regional team also went down by 15 runs to Australia in a game that they dominated for the majority of the contest.

Following the team’s loss to England, Holder called for his teammates to deliver more consistent performances.

“We were showing glimpses of what we can produce here in this tournament so far and also in the recent past and in the past, generally.

“First, it is just a matter of bringing it together for long periods, stringing together a complete game, and being consistent. I have always spoken about consistency whenever I speak to you guys, so it’s a matter for us to find it,” Holder said.

“We have to dig deep within to make sure we take the responsibility as batters and as bowlers we keep being aggressive.”

The Windies skipper said with five games remaining, the team was still very confident of reaching the knockout phase of the competition.

He said that a clinical performance was needed against Bangladesh in their next match.