FIFA Women's World Cup | 'We want to win and advance' ... Menzies keeps faith ahead of Australia clash as elimination looms for Girlz 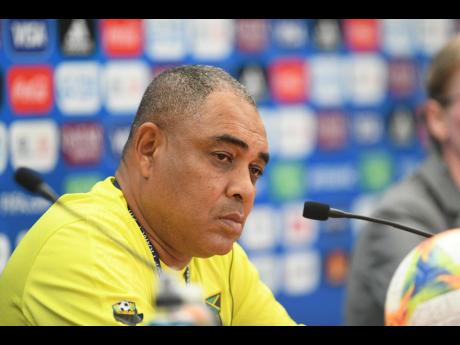 GRENOBLE, France:
Jamaica's head coach, Hue Menzies, says the Reggae Girlz will be pushing for a win against Australia when both teams meet in their final group game in Tuesday at 9:00 p.m. (2:00 p.m. Jamaica time) at the Stade des Alpes.

With Brazil and Australia still within reach on three points, the Jamaicans still have an outside chance of advancing to the Round of 16.

The Jamaicans would have to beat Australia by eight clear goals and hope results in the other groups go their way to help them to a finish in a qualifying position as one of the four best third placed teams from the six groups. They can also get a win against Australia hope that the Italians beat Brazil by a large enough margin to swing their respective -8 (Jamaica) and +2 (Brazil) goal difference.

Menzies, who was speaking to media on Monday said that the team has been working to improve their effectiveness in both boxes and will be looking to get full points against the world number 3-ranked Australians.

"We want to qualify, that is what we are here for. I know it's a mathematical thing but if we play the way we are capable of playing, we can win the game and that is why we are here," said Menzies.

The Jamaicans have conceded eight goals and are yet to score in their two games so far after losing 3-0 to Brazil and 5-0 to Italy. Meanwhile, Australia lost 2-1 to Italy before coming back to beat Brazil 3-2 and Menzies thinks if the Jamaicans are able to address their issues in the defensive and offensive thirds, they can enjoy some success against Tuesday's opponents.

"We have struggled a bit in the final third but we have been working on that so hopefully we can redeem ourselves and get on the scoresheet. It's something that we are aware of," Menzies added. "We feel like our frontline has been doing better at the tournament, but they really match up well against Australia's defenders."

Meanwhile, striker Cheyna Matthews reported that the mood in the camp has not been dampened by the results so far and that the Girlz are excited and hungry to get back on the field and work towards a positive result.

"I am excited to see how our teams match up," said Matthews. "I would say that everyone is hungry. I think a lot of people would assume that we have hung our heads. We are very disappointed but the vibe in the locker room is still very positive," Matthews added.