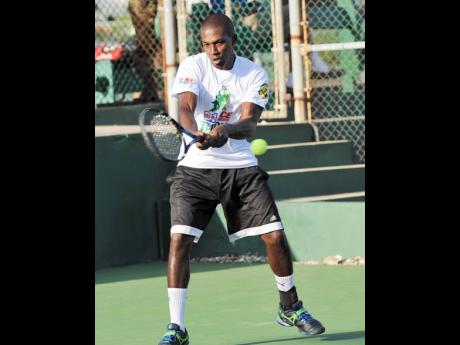 Jamaica’s Davis Cup team will be seeking their second straight victory in the International Tennis Federation competition when they take on rivals Trinidad and Tobago today in Costa Rica.

The Jamaicans, led by the country’s No. 1 player, Randy Phillips, recorded a 2-1 come-from-behind victory over Panama in their opening match in Group Three yesterday.

The Jamaicans started the tournament on a losing note after Jacob Bicknell went down 6-2, 3-6, 6-1 to Marcelo Rodriquez.

However, they fought their way back into the match to win the next two games, with Randy Phillips defeating José Gomez 6-3, 6-2. Phillips then teamed up with Jamaica’s team captain, Dominic Pagon, to beat Daniel Chevez and Luis Gomez 6-2, 6-1 in their doubles match.

Pagon said he is expecting another outstanding showing from his team.

“I think the guys are confident ahead of this match against Trinidad and Tobago,” Pagon said.

“Randy played a very good singles match and won, and myself and Randy also well played in the doubles and won.”

Pagon said he will decide today whether he will select Bicknell or Dimitri Bird to play in the No. 2 spot.

“It is going to be a tough decision because these are two very talented players, so whatever decision I make, it will be good for the team,” he said.

Victory for the Jamaicans at the tournament would see them moving up to Group Two. It has been more than 10 years since the country competed in that division, having done so in 2008.

The Jamaicans barely missed out on a spot in Group Two in 2016 when they were beaten by The Bahamas in the final.