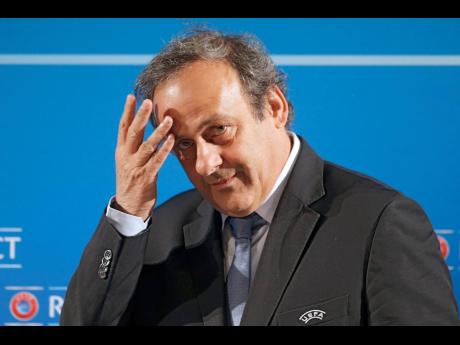 French police investigating whether corruption played a role in the stunning decision to award the 2022 World Cup to the desert nation of Qatar took former football superstar and top executive Michel Platini into custody yesterday for questioning.

Platini’s representatives denied any wrongdoing on his part, saying he is “absolutely confident in the future” and has “strictly nothing to reproach himself for.”

Also questioned yesterday were two one-time associates of former French President Nicolas Sarkozy, adding a layer of political intrigue to the investigation of the hugely controversial decision to play football’s showcase tournament in a country so scorching hot in June and July that the matches will be held instead in November and December.

As head of European football’s governing body UEFA, Platini was the continent’s top representative on the FIFA committee that picked Qatar in 2010.

The closed-door, secret-ballot vote baffled many at the time, not least because the Persian Gulf nation has no football pedigree to speak of. But gas-rich Qatar is also pouring billions into the world’s most popular sport and has the means to finance new stadiums.

Platini, 63, was taken into ­custody after being summoned to a French police anti-­corruption and financial crimes office ­outside Paris, a judicial official told The Associated Press, ­confirming a report by online publication Mediapart. The official was not authorised to discuss the investigation and spoke on condition of anonymity.

French authorities did not announce any charges against the football legend or say exactly what he was being asked. He can be held for questioning for up to 48 hours, after which he can be either released or formally charged.