Records for Morgan, England against Afghans 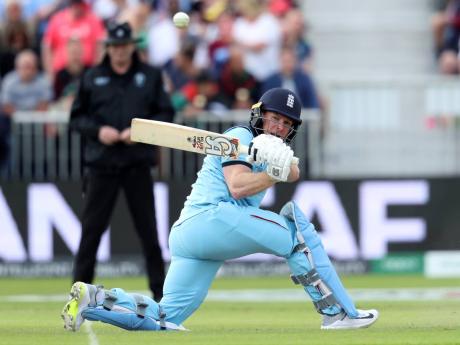 Eoin Morgan came out swinging in an innings that started with an awkward-looking tangle involving his opposing captain, and ended with a world-record clutter of sixes.

The England captain’s 148 from 71 balls against Afghanistan yesterday contained 17 sixes and launched the home team to 397-6, the sixth-highest total at an ICC World Cup and the biggest so far of this tournament.

Moeen Ali ensured a team record for a one-day international, too. He cleared the boundary four times in an unbeaten, nine-ball 31 to improve England’s own mark to a world record 25 sixes.

The group game between the highest- and lowest-ranked teams was barely a contest, with Afghanistan finishing 247-8 to slump to their fifth consecutive defeat.

England moved to the top of the standings on eight points, ahead of defending champion Australia on net run-rate. There was also a positive outcome for Afghanistan, with the total surpassing its 232 against Sri Lanka in Dunedin four years ago as their highest at a World Cup.