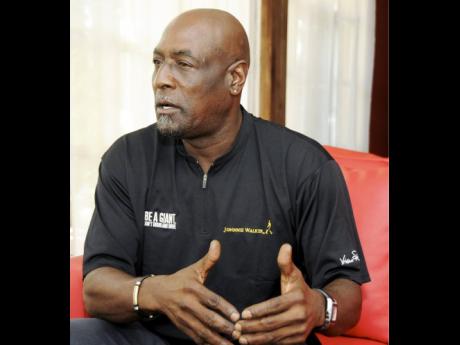 Iconic former captain Sir Vivian Richards has criticised the Windies’ approach to their ICC World Cup campaign which he describes as “one dimensional,” and has slammed the lack of intensity shown in their defeat to Bangladesh on Monday.

The Windies went down by seven wickets to Bangladesh in Taunton to suffer their third defeat in five matches, and remain on three points in seventh spot in the 10-team table.

Their lone win came against Pakistan in their opener three weeks ago.

The Caribbean side attracted criticism for their persistence with the tactic of short-pitched bowling, which worked well against Pakistan and Australia but backfired against the Tigers, who completed their highest-ever run chase of 322 to win with 51 balls remaining.

“There didn’t seem to be any planning, where if this particular plan isn’t going to work then what about the plan B, plan C or whatever the case is. We are too one dimensional,” Sir Viv, who never lost a Test series as captain, told the Observer here.

“It (short-pitched bowling) worked against Pakistan, and when you’re coming up against other teams, sometimes it may not work, and there just didn’t seem to be any particular planning or any particular strategy or any intensity of West Indies wanting to win that match and defend that particular total.”

Bangladesh were propelled by veteran all-rounder Shakib-al-Hasan, who lashed an unbeaten 124 from 99 deliveries, and Liton Das, who carved out 94 not out off 69 balls – the pair sharing a record unbroken fourth-wicket stand of 189.

The Windies, meanwhile, were ragged in the field, with half-chances going abegging, while their bowlers failed to build pressure and sent down a plethora of loose deliveries.

Fielding not up to par

Sir Viv, himself a World Cup hero for his splendid hundred in the 1979 final at Lord’s, said the fielding effort had not been up to par.

“I personally thought it was a score they should have been looking to defend, and there just wasn’t any intensity in the field. There were some half-chances, and especially with the two guys who batted so well for Bangladesh,” Sir Viv pointed out.

“When you have opportunities like that, you have to take them; and there is one that I saw that really highlighted West Indies trying to win that match was that bit when Sheldon Cottrell, that sharp bit of fielding and the release of the ball itself and running out … Tamim Iqbal.”

West Indies face unbeaten New Zealand in their sixth match of the World Cup on Saturday in Manchester.