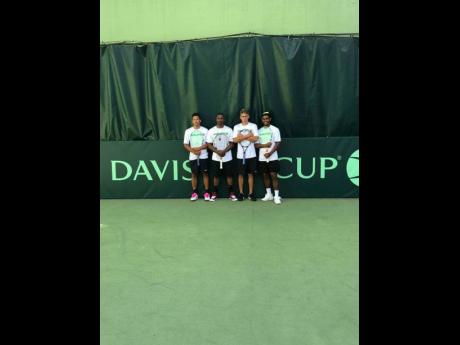 Jamaica and Honduras will clash in today’s final of Zone B in Group Three of the International Tennis Federation Davis Cup championships in Costa Rica.

The winners of today’s encounter will advance to Group Two of the championships, while the loser will play off against the second-place team in Zone A for a sport in Group Two.

The Jamaicans, who are unbeaten in the tournament, will enter today’s final high on confidence after they defeated Cuba 2-1 to record their fourth straight victory at the tournament yesterday.

The Jamaicans quickly jumped out to a 2-0 lead over the Cubans, with Jacob Bicknell defeating Osviel Turino 6-4, 6-3.

Randy Phillips, who is now the country’s most successful player at the Davis Cup, surpassing Ryan Russell with 26 victories, increased the country’s advantage to 2-0 with a 6-2, 5-7, 6-4, win over Osmel Rivera.

However, the Cubans pulled one back when they defeated Jamaica’s pair of captain Dominic Pagon and Dimitri Bird 2-1 in their doubles matchup.

Pagon told The Gleaner that they were very upbeat ahead of today’s clash after watching the Hondurans lose 2-1 to Panama, who they defeated earlier in the tournament.

“They are going to be coming out fighting because they are a team that usually has players that are very competitive,” Pagon said.

“However, our guys have been playing well, and their confidence is high right now going into the final.”