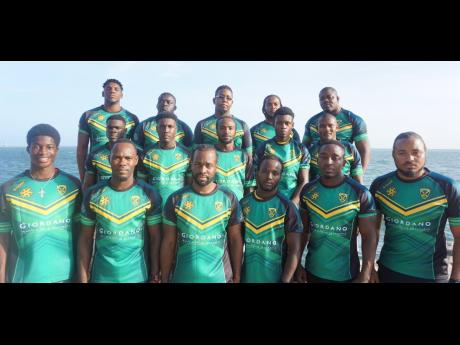 Jamaica Reggae Warriors head coach Romeo Monteith says that he will be giving the nod to a largely inexperienced team to face off against the USA Hawks at the UWI Mona Bowl in St Andrew today. The two teams are set to kickoff at 3:30 p.m. as part of the sport’s international week.

Nine newcomers will take to the field with a completely local-based line-up on display. Monteith is particularly looking forward to this match as it will give the team and the players much-needed exposure as they prepare for the Rugby League World Cup, which will be held in England between October and November 2021.

The Hawks, on the other hand, yet to qualify for the tournament, will be using this game as preparation for their World Cup qualifying match to come this November. They will be facing a team from the Asia/Pacific region in a repêchage playoff match to contest for a final spot.

“For us, we are already in the World Cup,” Monteith said. “Everything we do for the next two years will be about exposing additional players to see what the talent pool is like. Right now, it is about exposure and experimentation.”

It will be a baptism by fire for many of these players, who will be making their first-ever appearance for their country. The likes of Kevin Thomas and Chawn Henry, who both represent the Caribbean Maritime University locally, will be two of the nine newcomers. Adrian Thomas, Mohenjo Thompson, Akeem Murray, Kile Nembhard, Roland Grey, Jenson Morris and Romario Bartley complete the list of debutants that Monteith, will be looking at to broaden the pool of players he will look to choose from to make the trip to England.

“It is going to be a tough ask. Based on the players selected, we’re going into the game as underdogs, but we’re hoping to use home advantage and spring an upset on them,” he continued.

The Jamaican contingent will be missing the presence of veterans Renaldo Wade and Tyronie Rowe as well as playmaker Adrian Hall, who are all out of contention. Hall, in fact, will miss the game due to injuries he suffered in a car accident back in April.

Leon Thomas, a main stay in the Reggae Warriors line-up, passed away recently.

The USA Hawks will also have their fair share of debutants when they name seven newcomers in their line-up, leading up to the match.

Charlie Jones, former Thailand captain, will be making his first appearance for the Hawks, along with Khalial Harris, Alex Foster, Dane Wilcoxen, Josh Jackson, Kevin Wathen, and Randy Porter rounding off the list.

This matchup will be the first time the two teams will face each other since their previous meeting at the final of the Americas Cup in Jacksonville, Florida, back in November of last year, where the Reggae Warriors sealed their World Cup berth with a 16-10 victory.