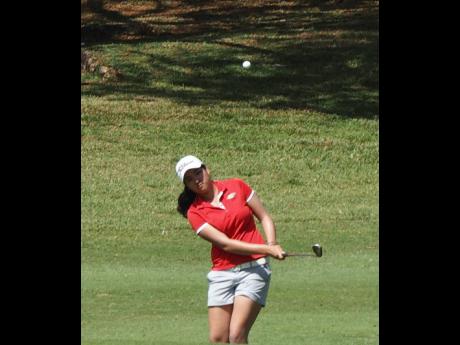 Cruz got the better of Brooke Rivers of the Brampton Golf Club 2 and 1 in the final to claim the title.

The Hoerman Cup ­representative had to do it the hard way, having to get through 30 golfers in the qualifying round before entering the final 16 in the main draw.

In the final four, Cruz, representing the Ladies Golf Club of Toronto, got by Patricia Hogeboom of Cataraqui Golf and Country Club 2 and 1.

With just a couple hours’ rest, Cruz was back at it in the final and had to come from behind as her opponent led all the way up to the 14th hole before Cruz tied the match and then took the overall lead, and, ultimately, the title in the final stretch.

Cruz, who will be entering her sophomore year at the University of New Mexico, says she was delighted with the victory.

“I’ve played 36 holes before and knew I could do it,” Cruz said after her win. “I came from behind in a few of the matches and just had to keep my focus and stay in the moment.”

The victory has been a mental boost for Cruz, who had a rough first year in college.

“It was challenging getting used to playing at the college level. The field is bigger, the competition level is higher, and I have learned a lot from my coach and my teammates, and this win will only help me to get better going into the new season.”

Cruz will not be part of the national team at the Caribbean Golf Championships in the Dominica Republic this year as she was ­unable to attend the ­trials to select the team due to other commitments.