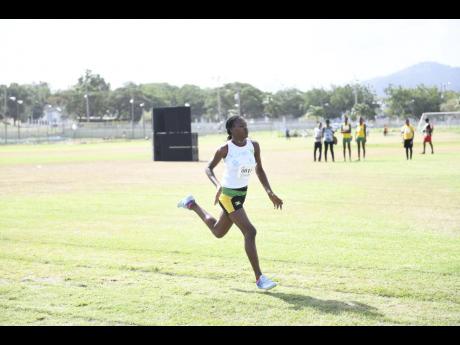 The Council of Voluntary Social Services (CVSS) hosted its media launch for the opening of the CVSS Summer Games 2019 at the Jamaica Olympic Association on Wednesday with a particular focus on youth advocacy and promoting wholesome values in today’s youth. Criseller Lyons, a past participant of the Games, is a living testament to the efforts taken by the CVSS and echoes the positive work the event has done for her going forward.

The 19-year-old, who is now furthering her education at the Mico University College, was vocal about the benefits of the organisation’s efforts as she spoke briefly at the launch, feeling that it instilled in her important lessons.

“One lesson that I have taken from the Games is how to take other persons’ thoughts and opinions into consideration,” she shared.

Lyons is also a member of the Majesty Gardens Performing Arts Group and is a beneficiary of the Grace and Staff Community Development Foundation, something that she attributes to her participation in the CVSS Summer Games.

The 2019 edition of the Games will be the 13th renewal of the event and will begin on July 6 at the UWI Mona Bowl, starting at 9 a.m. So far, over 20 different affiliate agencies fielding over a thousand athletes are expected to participate. Lyons, a prospective netball player, will also be in attendance.