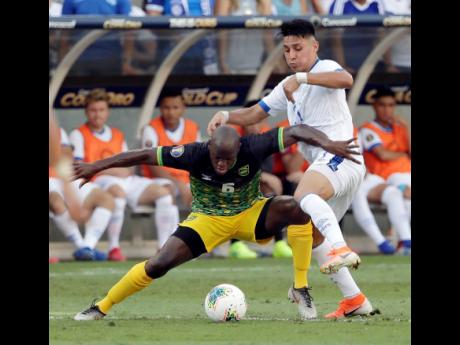 The Reggae Boyz will have all to play for when they face Curaçao in their final Group C match of the Concacaf Gold Cup. The Jamaican unit is on the brink of a quarter-final berth as they go into the match as favourites, needing only a single point to guarantee their safe passage into the next round.

The teams go into the fixture at the Banc of California Stadium in Los Angeles, with Jamaica at the top of the group on four points after starting their campaign with a 3-2 victory over Honduras last Monday, while settling for a goalless draw with El Salvador as both teams shared the points on the Friday.

Curaçao are seated third in the group and will be gunning for a win to guarantee their continued stay at the tournament after bouncing back from a 1-0 defeat at the hands of El Salvador to go on and edge Honduras by the same score.

Head coach Theodore Whitmore will be going into the game with the intent to win after lamenting over his team’s lost opportunity to seal qualification on Friday in Houston, Texas. Aware of the steep price of failure, Whitmore will seek to correct the errors the team made in their last outing.

Expected to make an impact for Jamaica will be Leverkusen winger Leon Bailey, who has impressed in his outings for the team so far, despite being yet to register on the goal sheet. Bailey, who made his debut against Honduras, has been a marquee presence for Jamaica offensively.

Noteworthy of attention has been midfielder Peter-Lee Vassell. Despite not been given any game time for the game on Friday, Vassell is expected to make an impact tonight as he will be playing in familiar territory with the match being played at the home ground of his Major League Soccer outfit, Los Angeles FC.

Leandro Bacuna will be a player to watch for Curaçao, as he looks to add to his tally sheet after scoring his country’s first ever Gold Cup goal on Friday against Honduras. The midfielder, who made 11 appearances for Cardiff City in the Premier League, will be instrumental for his team’s midfield. He also leads the pack for his country’s all-time scoring list, with 11 goals to his name.

The two teams have only faced each other twice in recent history since Curaçao became a country in its own right when the Netherlands Antilles was dissolved. In those two meetings, both teams have recorded a single victory each, with the most recent being a 2-0 victory for Jamaica in the 2017 Concacaf Gold Cup at the group stage.

Romario Williams and Darren Mattocks scored for the Reggae Boyz in that fixture and the team will be hoping for a repeat in history.