Athletes not allowed to run ‘under protest’ – Watts 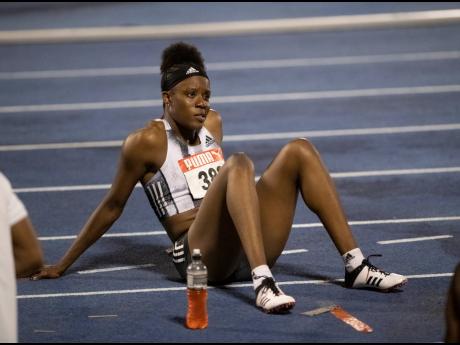 Chief starter Ludlow Watts said he would have violated IAAF rules if he had allowed hurdler Danielle Williams to run in the final of the women’s 100m hurdles under protest after she was adjudged to have false-started at the recently concluded Supreme Ventures/JAAA National Senior Championships.

Williams, the 2015 world champion, was shown a red card for a false start but requested to run under protest as she was not convinced she had picked the start.

But according to Watts, an athlete is only allowed to run under protest if the start information system, which is used to tell if an athlete reacts faster than the IAAF’s allowed 100ms after the starter’s signal, is not available or is not believed to be working properly.

“An athlete is not allowed to run under protest when you have a start information system,” Watts explained. “I was the recaller, and I fired the pistol because I picked up that there was a false start. The other recaller on the hill fired as well and then the start information system confirmed it, so there was no basis for any doubt. So, there could never be any thought of any running under protest,” Watts told The Gleaner yesterday.

Last year at the same meet, former 100-metre World champion Yohan Blake was allowed to run ‘under protest’ in the semi-final of the men’s 100m after he was penalised for a false started even though there was no indication that the start information system was not working properly, a source close to the starting officials told The Gleaner.

“I understand that was a mistake, and they have vowed not to do it again,” the source, who asked not to be named, said.

The 100m hurdles race was eventually cancelled after it was recalled for a second time. The JAAA said that they will make a decision as to who will represent the country in the event at the Doha World Championships later this year.

The Gleaner yesterday called general secretary of the JAAA, Garth Gayle, to ascertain a time frame for the decision, but he hung up the phone without giving a response.

Williams, who came into the meet as the second-fastest Jamaican in the event this season, said she will not comment on the matter at this time.