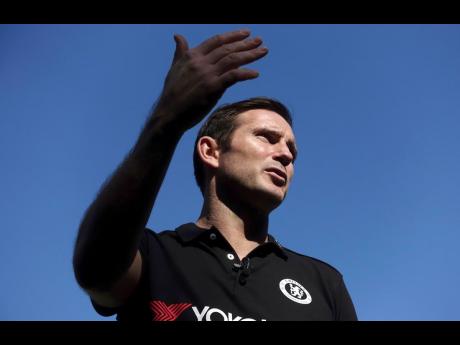 Derby will allow Frank Lampard to hold talks with Chelsea about returning to coach the Premier League club.

Lampard led Derby to the promotion play-off final in his first season as coach, but his team lost to Aston Villa.

“With preseason fast approaching for both clubs, it is hoped this will allow Chelsea to swiftly conclude their discussions,” Derby said yesterday.

Lampard is Chelsea’s record scorer with 211 goals, and he won three Premier League titles while at Stamford Bridge from 2001-14. He spent brief periods with Manchester City and New York City FC before retiring in 2016.

The Chelsea job has been vacant since Maurizio Sarri left for Italian champion Juventus this month, shortly after winning the Europa League title to qualify for next season’s Champions League.

The last former Chelsea player to take over as coach was Roberto di Matteo, who won the Champions League and FA Cup in 2012 with Lampard in his squad. He was fired after only eight months in charge.

Whoever takes over as Chelsea manager will likely have to contend with a two-window transfer ban from FIFA. Chelsea have appealed that punishment to the Court of Arbitration for Sport.

If the ban is upheld, it could force Chelsea to give more opportunities to younger players like defender Fikayo Tomori and midfielder Mason Mount, who spent last season on loan at Derby under Lampard.