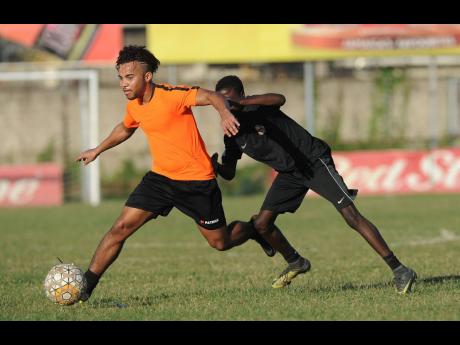 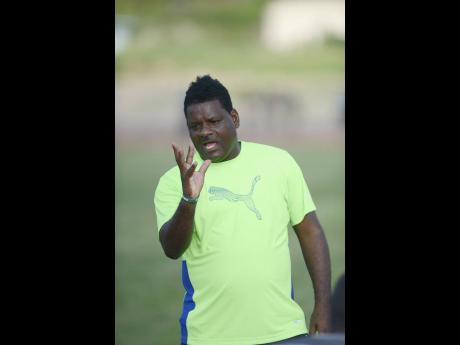 Jamaica Olympic National U-23 men’s football team head coach Donovan Duckie says that despite the omission of various players from the team’s squad that was released yesterday, the door has not been shut on anyone vying for selection.

One controversial omission from the list was that of Kyle Butler, the half-brother of recent senior men’s team debutant Leon Bailey. Bailey is also the son of Phoenix All Star Football Academy founder Craig Butler, who has had past tensions with the Jamaica Football Federation (JFF). It was felt by many that the JFF did not initially want Butler in the U-23 squad but placed him there to please the Phoenix camp, who in the past, had suggested that Bailey could play for either Belgium or England. With Bailey now unable to switch allegiance from Jamaica, having represented the country at the Concacaf Gold Cup, it was felt by some that the JFF was now snubbing Kyle Butler as there was no need to worry about Bailey choosing another country.

When questioned about the younger Butler’s omission from the list, Duckie explained that he was still involved in his plans for the team and that the player had simply returned to his club, LASK Juniors OÖ, in Austria.

“It is just like it says. This is just a training camp, not the final set of players,” Duckie told The Gleaner. “He returned to Germany with his club. He is still a part of our plans. He came in, we were impressed with what we saw, and then he returned to his club.

“Players come in the camp and then go back to their club. This how we work. We get to look at them and see what they have to offer.”

Butler was a member of the Jamaica U-23 team that faced off against St Mary’s Under-23 parish team recently. The game between the sides ended in a 2-0 win for the Young Reggae Boyz.

“We’re also looking at some more players. We had the main part of our core here today, but we also had our long-term and medium-term goals for the national teams,” Duckie said in a post-match interview with JFF Live after that match.

JFF general secretary Dalton Wint spoke briefly on the national U-23 team yesterday, saying that the plan going forward is to also include players from the senior team that are eligible to play.

“The players that are in the senior squad that are eligible to play for the Olympic squad will be invited to participate,” Wint explained.

Duckie was of the same sentiment.

“Certainly, there are players with the age qualification that are presently playing with the Gold Cup team. We have a large pool of players that we’re looking at. It would be good to get those players when we can so that we can integrate them with the players that we have locally,” Duckie said.

The team will be playing a series of practice matches in preparation for the Caribbean phase of the Concacaf Olympic qualifiers from July 17 – 21 against St Kitts and Nevis, Dominica, and Guyana. They will then head out to Lima, Peru, to compete in the Pan American Games, which runs from July 26 to August 11.