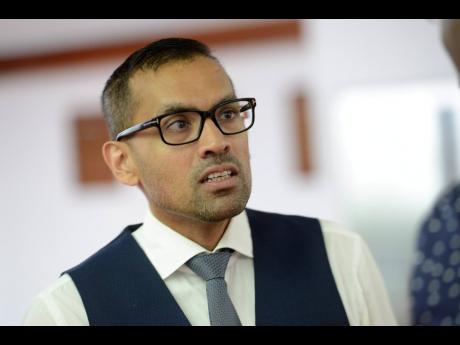 The JAAA said in a press release last Wednesday that it will name its three hurdlers for the event at the IAAF World Championships in Doha, Qatar, this September based on their world ranking as of August 16. However, Williams will not be considered for selection as her disqualification is being upheld. But Crowne says this is illogical.

Under IAAF rules, the winner of this year’s Diamond League championship in his or her respective discipline will earn an automatic qualification spot for the World Championships, which creates the possibility of Williams qualifying via this avenue.

But JAAA President Dr Warren Blake told The Gleaner that despite this possibility, the decision still rests with his association. However, Crowne says such a decision in this situation would not be up to the JAAA.

“The wild card is an IAAF matter,” he said. “In fact, when one looks at the qualification system and entry standard for Doha, set out by the IAAF under the category of wild card, if a member federation has four athletes in one event as a result of this regulation, all four are eligible to compete. So if Jamaica is already sending three, and Williams earns the IAAF’s, not Jamaica’s, wild card, then the regulation says that all four will be permitted to compete. The regulation is very clear and is, in fact, using mandatory language. There is no discretion for the JAAA to reject that wild card, to review that wild card, to reassign it, or anything. With respect, Blake was out of line to suggest that the JAAA would meet to discuss such a wild-card entry.”