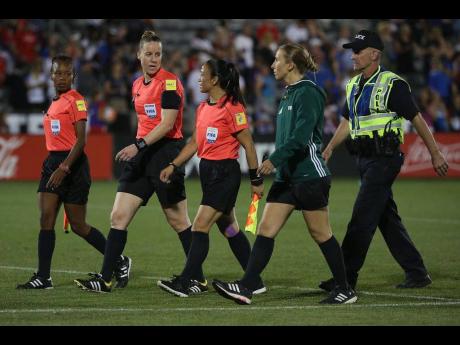 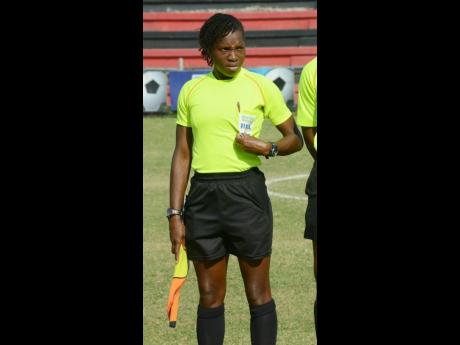 Manager of the referees department at the Jamaica Football Federation (JFF), Victor Stewart, says the achievement of Jamaican female assistant referees Princess Brown and Stephanie-Dale Yee Sing, who were selected to officiate in the FIFA Women’s World Cup semi-final game between the Netherlands and Sweden tomorrow, is a result of the huge body of international work the pair have under their belt over the last three years.

However, Stewart believes that the ultimate achievement would be having a team of four match officials (referee, two assistants, and fourth official) taking charge of a game at a World Cup tournament, and he said they are working to make that a reality.

“This would be the second senior World Cup for Jamaican female officials. Princess Brown was in Canada (four years ago). They (her team) did not advance past the first round, but the experience was invaluable. But between then and now, Princess would have travelled the entire universe in regard to officiating. Both she and Stephanie went to the Under-17 Women’s World Cup in Jordan in 2016, and in Uruguay last year, they went all the way to the final.

“Both Princess and Stephanie are a team, and that team of match officials did the final in Uruguay, so they are known in FIFA. So them going to the senior World Cup in France, the expectation was that they would matriculate to the highest level of the competition, and right now they are at the semi-final stage and they will remain there for the rest of the tournament.

Stewart is hoping referees Narrisa Goldson, who was also the part of a FIFA programme training additional referees during the Women’s World Cup tournament in France, and Odette Hamilton, who recently returned from a youth tournament in Italy, can make that step up and enable Jamaica to have a full team of match officials at this level.

“Kudos to the girls for their commitment,” he said. “Leading up to the World Cup, we had to submit quarterly reports. I had to give a report on them every day. The female football competition in Jamaica is not challenging enough for our females to matriculate to the highest level, so what we have been doing for the last three years is introduce them into the Premier League and this is having a positive impact on the female programme generally. We are also appealing to young and able females across the country to help us increase our numbers, and we will use the achievement of our ladies to market this programme,” he added.