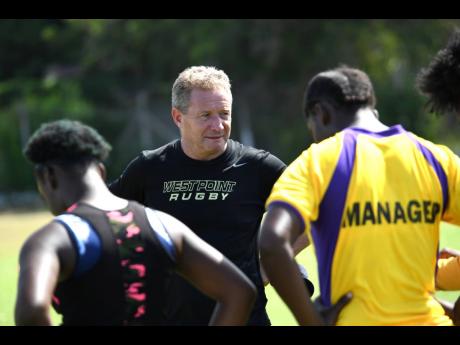 The Jamaica Rugby Football Union (JRFU) has named Stephen Lewis as its new coach. The Scotsman will take charge as the men’s and women’s national teams head into the Rugby Americas North (RAN) Sevens tournament on July 6 and 7 in the Cayman Islands. The announcement was made in a press conference at the Sports Development Foundation headquarters in St Andrew, yesterday.

JRFU chairman, Jerry Benzwick, said that he is pleased to be able to work alongside Lewis.

“We’re very excited about it,” Benzwick told the journalists gathered. “With his level of experience and knowledge, I think it can take us from being a regular team into world contenders. It’s a matter of process.”

Benzwick said that this was done to allow the coaches to work fluidly with each other to build a level of cohesion and synergy between the two.

Lewis said that he is excited to be able to join a programme which he believes has a wealth of potential to become competitive on the global stage.

“Short-term goals are this weekend at the Caymans,” he said. “It’s an Olympic qualification tournament and we want the men’s team and the women’s team to move forward. Long term, we want to be consistently successful.”

The JRFU also announced a two-year partnership agreement with BLK Sport which sees the global sporting apparel company being technical kit sponsors for all its national teams.