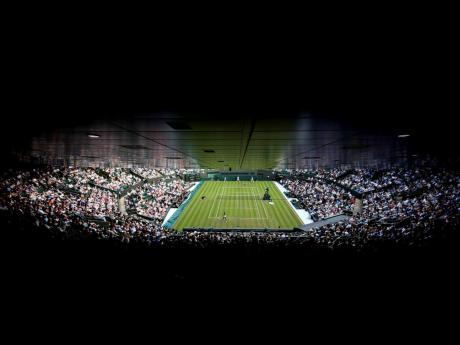 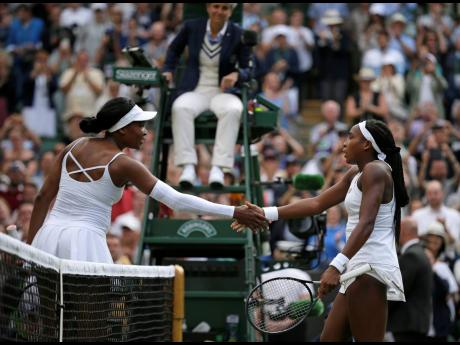 Tim Ireland
Cori ‘Coco’ Gauff (right) is still in disbelief while she shakes the hand of Venus Williams, whom she beat in their women’s singles match during day one of the Wimbledon Tennis Championships in London, England, yesterday.
1
2

In a match-up of youth vs. experience, the youngest woman in the draw beat the oldest at Wimbledon.

The 39-year-old Williams had won four of her seven Grand Slam titles before Gauff was even born in 2004.

The 313th-ranked Gauff is the youngest player to enter the main draw at Wimbledon since Laura Robson in 2009, having come through qualifying last week.

Gauff, playing in her first Grand Slam match, converted her fourth match point when Williams sent a forehand into the net then broke into sobs before shaking hands with her opponent.

The second-seeded Osaka won the US Open last year and the Australian Open this year, but she lost in the third round at the French Open and now the first round at the All England Club.

“I just don’t think I played that well,” said Osaka, who also lost to Putinseva two weeks ago in Birmingham. “But I wasn’t surprised because I’ve played her, like, twice already.”

Osaka had 38 unforced errors on Centre Court, while Putinseva had only seven.

Osaka later cut short her news conference, leaving before any questions were asked in Japanese.

“Can I leave?” she asked the moderator after several short answers. “I feel like I’m about to cry.”

There were two big upsets on the men’s side as well with both sixth-seeded Alexander Zverev and seventh-seeded Stefanos Tsitsipas losing in the first round.

Both Zverev and Tsitsipas are among the younger generation of players expected to eventually replace the ‘Big Three’ of Roger Federer, Rafael Nadal and Novak Djokovic in men’s tennis.

Tsitsipas, who beat Federer at the Australian Open en route to the semi-finals, saved two match points in the fourth-set tiebreaker and failed to convert three break points early in the fifth. Fabbiano broke Tsitsipas twice in the final set, including in the last game when the Greek popped a shot long.

It was the 102nd-ranked Fabbiano’s first win over a top-10 player.

Zverev, who lost in the first round at the All England Club for the first time in five appearances, said his confidence was “below zero” right now.

“It was kind of a typical Grand Slam match for me. I started off well, then one or two things don’t go my way, and everything kind of a little bit falls apart,” the German said. “Yeah, I’m not very high on confidence right now.”