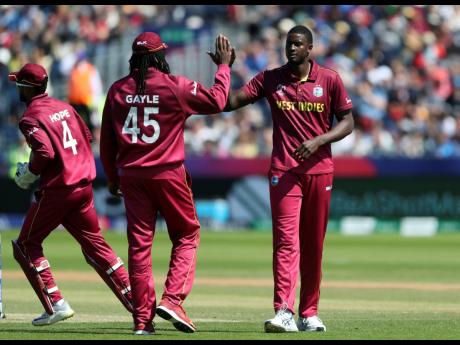 West Indies captain Jason Holder has again found himself in trouble with the ICC’s controversial over-rate laws after his side was fined for a breach during their 23-run defeat to Sri Lanka on Monday.

Players are fined 10 per cent of their match fees for every over their side fails to bowl in the allotted time, while captains are fined double.

According to ICC regulations, if West Indies find themselves in breach of the over-rate laws in a One-Day International again within the next 12 months with Holder as captain, the 27-year-old will face suspension.

Holder was suspended for the third Test against England earlier this year due to West Indies’ slow overrate during the second Test in Antigua.

However, the ICC copped heavy criticism, especially since the second Test finished inside three days after West Indies routed the tourists by 10 wickets.

On Monday, Sri Lanka were also fined for a slow overrate, with captain Dimuth Karunaratne and his side attracting identical sanctions after they were found to be two overs short of their target.