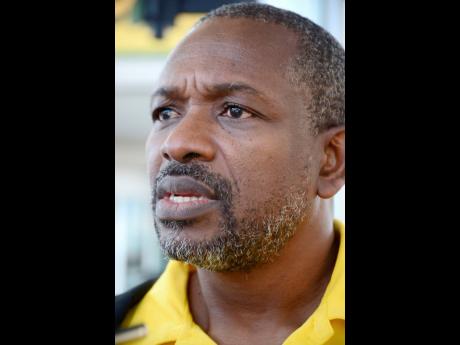 Jamaica Under-19 men’s volleyball coach, Steve Davis, said that despite the inexperience make-up of his squad for the upcoming Cazova Youth Volleyball tournament to be held at G.C. Foster College from July 22-27, he expects the team to be challenging for the top spot again.

The Jamaica Volleyball Association (JAVA) recently called up a squad of 15 players, and Davis pointed out that the group is gravely inexperienced, as it consists of a few players under the age of 16. But he believes they have shown the kind of commitment and desire in their preparations to give him the confidence they will do well and make their supporters proud.

“It is a young squad. We have 13 to 16-year-olds and because of the lack of exposure to high-level competition, they are young in that sense. But they are enthusiastic and eager to learn and they are learning fast, so the sky’s the limit,” he said.

Jamaica are the reigning champions after beating Barbados to win the title back in 2015, but Davis senses things will be tougher this time around and is calling for more training time for his players so they can be fully ready for the competition when the tournament gets under way.

“It will not be similar to the last time, so I can’t say we are going to win or how we will perform, but we will be putting up a good show and we will be fighting,” he said.

“We have a good blend and it’s a good spread. We are trying to get the guys together when school goes out so we can have them mornings and afternoons, so we can get some higher concentration of work. We train Saturdays all day and half day on Sundays. We are trying to get that (camp) but it’s kind of difficult with all the bookings at G.C. Foster. But we are going to do what is necessary to get them together with the limited resources we have,” he said.

Davis’ only issue in getting the team prepared is the amount of time the coaching staff has to spend improving some of the technical shortcomings of some of the players, and he believes schools can play a greater a role of preparing the young volleyballers for national duties.

“Some schools are putting out the player but they don’t have a set philosophy, so coming to the national training, we have to be working on some fundamental things, instead of looking at more tactical or strategic things. So we need to put things in place at the youth level, so the national programme will be an easy transition,” Davis said.