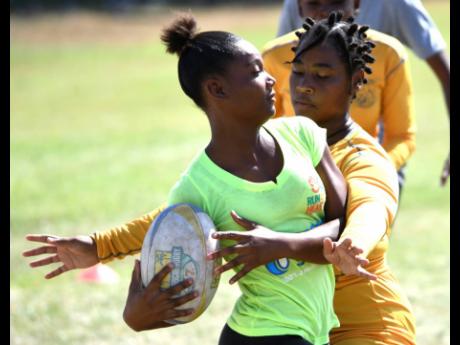 Jerry Benzwick, chairman of the Jamaica Rugby Football Union, has made an appeal for crowd support for the country’s rugby union teams, the Jamaica Crocs and the Lady Crocs, as they are set to compete in the Rugby Americas North Sevens tournament on July 6 and 7.

The tournament is set to take place in the Cayman Islands, and Benzwick has called upon the Jamaicans living there to support the teams as they contest for a spot in the 2020 Olympics.

“We want to reach out to the public and say to the Caymanian-Jamaicans to come out and support us. Both of our teams, the men and women teams, are playing. We are expected to do well, and we will do well,” Benzwick elaborated.

The men’s team will go into the tournament as the No. 2-seeded team behind a strong Canadian unit and, should they win the tournament, will qualify for an automatic spot in the Olympics.

The men’s team will start competing on July 6 against the Cayman Islands before taking on Trinidad and Tobago and Guyana later on in the day in the group stage.

The women’s team, on the other hand, will have a much sterner task at hand as they enter the tournament seeded third behind Mexico and Trinidad and Tobago. The Lady Crocs will need to advance to the finals to be eligible for a repêchage play-off tournament to secure an Olympic qualifying spot.

They bow into action against Bermuda on July 6 before taking on The Bahamas and St Lucia to conclude their first day of matches. On July 7, they will face Trinidad and Tobago and Mexico, where their results will determine whether or not they will advance to the finals.

All matches will take place at the Truman Bodden Sports Complex.