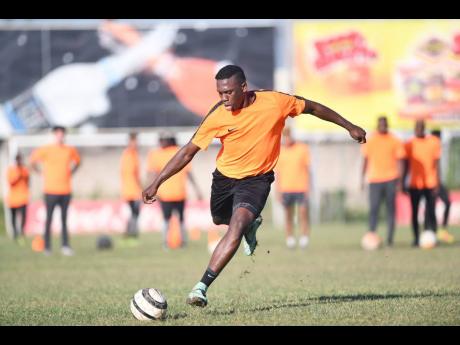 Phoenix All Stars Football Academy player Kevaughn Atkinson strikes a ball during a training session at the Drewsland Stadium on Friday, December 22, 2017. File 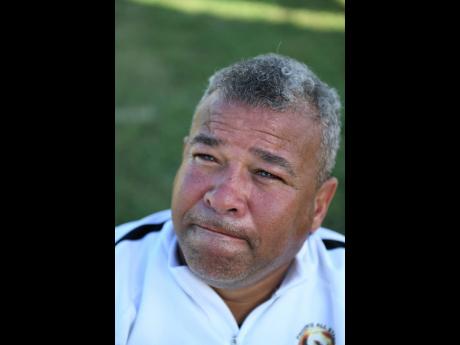 Phoenix All Stars Football Academy founder Craig Butler says his Under-13 and Under-16 teams will depart the island in a couple weeks for a 10-day tour of Europe, playing friendlies against some of the continent’s clubs.

Butler says local clubs should look to forming more allegiances with European clubs for tours like these, as he strongly thinks that a lot of the international youth tournaments that Jamaican clubs regularly attend don’t provide, the exposure, opportunity or challenge for the players that a tour against top professional clubs can.

“Each year, we bring our best young talent from Under-13s and Under-16s and take them to play friendlies against those clubs, just before those club teams go back into their season,” Butler told The Gleaner.

“What this does is it gives the clubs an opportunity to see our players and it gives us a chance to see where we are in terms of our talent development with the rest of the world. So we take them up for the summer and play against these teams and they see them. They, in turn, will send coaches to our academy to coach and give back a report,” he said.

Butler said that when the academy first began, it would send teams to tournaments like the Norway Cup, Gothia Cup or tournaments in the USA. But he has recognised that the competitions and opportunities from those tournaments were not exactly what they required for their players to be properly exposed.

“You would not find a Manchester United, a Chelsea, PSV Eindhoven, Ajax or any of those teams that are at a higher level in terms of professional football, at those tournaments,” he said. “What you find are similar organisations trying to build players to get into football, so the opportunities aren’t really there.

“But we have formed strategic alliances with clubs in mainland Europe – Belgium, Holland, Germany – where the introductory phase is managed and directed. We continue to build the relationships and continue to challenge and test our players at a higher level, so that we are now rated as the top private academy, not just in the region, but in the world by FIFA,” he said.

He says that the current group is rich in talent and that the players who will be touring Europe this summer are arguably the best set he has developed, and he expects good things from this contingent.

“Our strongest team is Under-13s,” he said. “This Under-13 side is the best we have ever produced; they are ready for professional football. When we beat these other teams, it will open the door for later transition for them.”