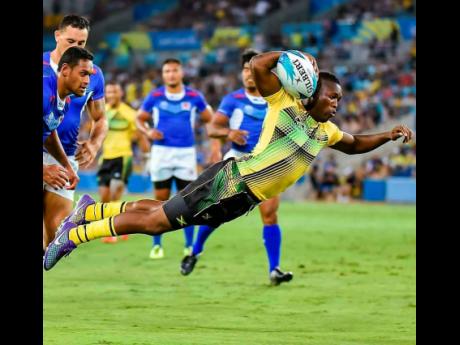 The Jamaica men’s and the women’s rugby teams, known as the Jamaica Crocs, and the Lady Crocs, respectively, will have it all to play for next year after their results saw them make the cut for the final Olympic qualification tournament at the repechage play-offs.

It was a similar end result for both teams as they finished as runners-up at the Rugby Americas North (RAN) Sevens tournament in the Cayman Islands on the weekend. Both teams earned silver as they went down to Canada and Mexico in their respective disciplines.

Chairman of the Jamaica Rugby Football Union, Jerry Benzwick, says the results were not entirely a surprise.

“For our men, going up against Canada, the results were not a surprise. We know the quality that Canada has. For a domestic team like ours, to go against professionals like them, was not a simple feat,” Benzwick said. “We did make it to the final in fine style. We brushed away our competition and dominated the Caribbean region completely. What we need now is to develop to the point where we can compete against teams like Canada.”

The men’s team went into the finals with a perfect record. In the group stages, they defeated the Cayman Islands 47-0, Trinidad and Tobago 22-5 before seeing off Guyana 42-7. In the quarter-finals, they defeated Barbados 24-10 and saw off Mexico 24-7 in the semi-finals.

Canada, however, proved too tough a test for the Jamaica Crocs, and wrought a 40-5 victory over them.

“It came down to a lack of practice. If you can control the kick-off, then you can dominate a team,” Benzwick explained. “Their strength, their size and their fitness was evident in the way they [Canada] executed their game.”

Like their male ounterparts, the women also went into the final with a perfect record after they started their campaign with a 55-0 win over Bermuda, before defeating the Bahamas 36-5, St Lucia 20-5, Trinidad and Tobago 29-7 and Mexico 24-7.

Based on the results, Jamaica and Mexico advanced to the final as a repeat of the last fixture of the group stages. However, the Lady Crocs were unable to repeat their earlier performances, missing out in a close 19-15 defeat.

Despite the loss, Benzwick applauded the girls for their efforts and is optimistic of their chances at the repechage play-off.

Interestingly, Benzwick noted that the girls have a chance at revenge should they draw the Mexicans, who will also be at the tournament.

“I am very proud of my girls. They dominated the competition straight to the very end. It was a single moment that happened that they didn’t seize which led to their demise,” Benzwick said. “We will beat Mexico when we play them again, and they know it as well. The game is played in seven minutes per half and the simplest mistakes cost us that game.”