Summer of sports heating up 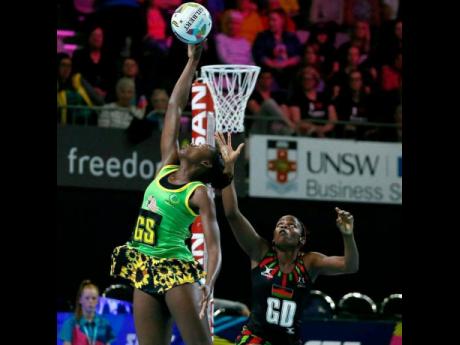 The summer of sports on television is proving to be as exciting as the producers promised – and sometimes more.

Wimbledon, with the emergence of the super cool and unflappable ‘Coco’ Gauff and the apparent return to top tennis of ‘Mummy’ Serena on the female side and the continued progress of the top three men in tennis – Roger Federer, Raphael Nadal and Novac Djokovic – ensures that tennis fans are assured of the best that tennis on grass has to offer.

In cricket, the World Cup for the top One-Day International team in the world is at the semi-final stage, with the three top teams in the world still in play, along with the surprise of the tournament, New Zealand.

West Indian and Jamaican cricket fans, some secretly, some openly, harboured thoughts of our team reaching this stage of the competition. After the first game against Pakistan, our hopes soared, only to have our spirits come crashing down as our ‘heroes’ proved, once again, that although they are as talented and gifted at playing the game as any of the other stars on show in England and Wales, the basic and most important aspect of good cricket was missing.

The bald fact about the present crop of players selected to play cricket for us is that they lack the ability to think during a game. I was well aware of this flaw in our team, but with the new format of the World Cup, where every team had to play against each other, I foolishly thought that by watching how other team members thought their way out of the difficult situations that face every team during the competition, somehow, the message would click and our batters and bowlers would see and learn how players from India, England, Australia, etc., thought their way and battled through rough spots in order to be victorious at the end of the match.

How come no one in the team hierarchy of West Indies cricket could get through to the players that if short-pitched bowling was not working, then they should pitch up the ball?

Similarly, if hitting fours and sixes became difficult, then ones and twos could have kept the scoreboard ticking until loose balls or loose overs came! For other teams, that was elementary; for our West Indian cricketers, mission impossible. So we lost most of our matches, grabbing defeat from the very jaws of victory to end the tournament in second to last place. And to add insult to injury, the interim coach boldly asserts that he is interested in the full-time job.

Oh, please. Someone, please assist this man. Obviously, he has delusions that will need correction sooner rather than later.

We will keep our hopes and aspirations up as our female sprinters, led by ‘ET’ and ‘Mummy Rocket’, will help the region to continue to boast the title of sprint capital of the world. And our representatives in the field should help us to maintain a medal haul at the World Championships that will keep us happy and content.

Our male and female rugby players keep reminding us that as a people, in any sport that we put our minds and resources to, we can beat the world. Alia Atkinson and our young swimmers keep winning races and medals, justifying the financial and emotional support that our corporate bodies are putting into these ‘minor’ sports.

Then as the month of July progresses, our now second-ranked Sunshine Girls take on the world in netball. No longer ‘sometimes third, most times fourth’, our Girls will be anxious to maintain their superiority in netball. Already, they have won their two warm-up games. They should be able to maintain their new world ranking. Go, Girls!

So the promised summer heat will be bearable as we join our sporting treasures in their quest for greatness, victory and, hopefully, financial security. Now that cricket for us at the World Cup is finished, the summer does not look so bad.