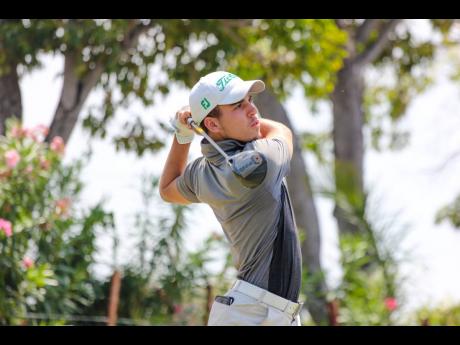 Jamaica’s national golf team managed to secure a third-place finish at the Caribbean Amateur Golf Championship, which ended on Friday at the Links, Casa de Camp golf course in the Dominican Republic.

Jamaica ended with 25 points behind the eventual Arthur Ziadie Trophy champions Puerto Rico, who amassed 41 points. Host country Dominican Republic tallied 39 points for the second spot, while Trinidad & Tobago placed fourth with 23 points. Barbados and Cayman Islands with 19 points each were tied for fifth, and The Bahamas took the final spot with 15 points.

Jamaica’s overall standing was one better than last year when they finished in fourth position.

The male team trophy, the Hoerman Cup, went to the Dominican Republic with 24 points. Puerto Rico 17 and Cayman Islands 16 rounded out the top three. Jamaica, with 14 points, was fourth. Barbados 8, Bahamas 7 and Trinidad & Tobago 5 were the other countries in the championship.

Puerto Rico took the George Teale female team trophy with 24 points ahead of Trinidad & Tobago, 18 points. The Dominican Republic with 15 points was third, ahead of Jamaica and Barbados, which tied for fourth on 11 points each. Bahamas 8, and Cayman Islands 3, were the other contenders for the trophy.

Jamaica’s best golfer on tour was William Knibbs, who ended in fourth spot in the individual standings with a four-day combined score of 290 behind Dominican Republic’s top three golfers, Juan José Guerra’s even par 284, Juan Delgado 287, and Valverde Enrique 289. The other male golfers who contributed to Jamaica’s position were Justin Burrowes, 303, Sebert Walker Jr, 304, and Sean Morris, 312. Jamaica’s other two male golfers were newcomer Jack Stein, 319, and Dr Mark Newnham, 325.

On the female side, Jamaica’s Kei Harris ended the championship in the best position of the four females on tour. She ended with a four-day total of 311. Hannah Foster, who tallied 313, and Harris were the two golfers who contributed to Jamaica’s fourth-place position.

The final day of competition proved to be quite challenging for the female golfers. Kei Harris’ 81 was her worst score of the four days, following on the three previous days’ scores of 77, 76, and 75. This landed her in seventh position overall, while Hannah Foster, 76, fared better with her best score after posting 77, 79, and 81, previously for eighth place. The other two female golfers on tour were Emily Mayne (328) and Eryn Blakely (345).