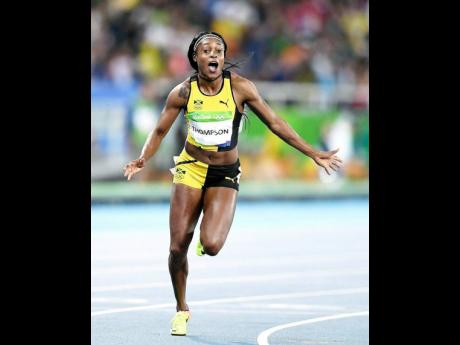 Reigning Olympic champion Elaine Thompson’s world-leading time of 22.00 seconds in the 200 metres is under threat today at the Monaco Diamond League as the 27-year-old and Bahamian star sprinter Shaunae Miller-Uibo are scheduled to clash in the half-lap event.

Thompson, who won the Olympic title in the event at the Rio de Janeiro Olympic Games, has not broken 22 seconds since 2016, as she struggled to cope with an Achilles tendon injury that has become an albatross in her career.

Miller-Uibo, on the other hand, has registered four 21-second clockings since and was ranked No. 1 in the world in the event last season.

But Thompson has been making steady progress again with times of 22.66, 22.40, 22.21, and 22.00, and according to her, she has learned to run with the Achilles discomfort and, therefore, could dip under 22 seconds with the push from Miller-Uibo.

Danielle Williams will compete for the first time since she was entangled in a false-start drama at the National Senior Championships in June as she and rising star Janeek Brown are down to compete in the 100m hurdles.

The 2015 World champion in the 100m hurdles is one of the favourites to win the Diamond race after blitzing to 12.66 seconds to win at the Doha Diamond League.

She will have to live up to that favourite tag if she wishes to compete at the IAAF World Championships later this year as she was ruled out of contention to be selected for the team by the Jamaica Athletics Administrative Association because of the false-start issue.

Brown, who smashed Brigitte Foster-Hylton’s 17-year-old national record when she ran 12.40 seconds to capture the NCAA title in June, will compete for the first time as a professional athlete.

Brown’s time is the fastest in the world this year, but it could be under threat as world record holder Kendra Harrison from the USA will also stand on the line, having produced the second fastest time this year with 12.47.

National champion Rushell Clayton will also make her Diamond League debut in the 400m hurdles. Janieve Russell, who finished outside of the top three at the National Senior Championship, is also scheduled to compete.

Commonwealth Games gold and silver medallists Kimberly Williams and Shanieka Ricketts, respectively, will again do battle with World and Olympic champion Caterine Ibarguen in the women’s triple jump, while Natoya Goule will look to continue her improvement in the women’s 800 metres when she goes up against American Ajee Wilson and Great Britain’s Laura Muir.