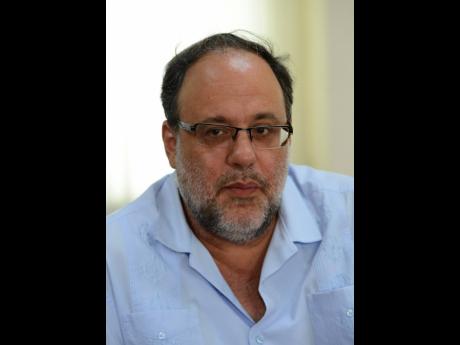 Chairman of the club, Mark Golding, has been putting a myriad of measures in place to make the club financially viable with a massive overhaul of their accounting system last year.

This latest move, he told The Gleaner, is the next step for the ‘Junglists’ to become financially independent as IgnitionSports will be seeking ways for the club to enhance its revenue.

“We are interested in collaborating with them to enhance the revenue of the club, which I think is very important, because like all clubs in Jamaica, we are always in a difficult financial position. IP mining is a collaboration of a lot of people with expertise in marketing and branding, and they have said that they would like to get involved with us, so we signed an MOU to explore further ways in which they would be able to play that role,” Golding said.

“The deal is to help with the marketing and branding and also identify revenue streams. It is not a long-term arrangement yet, but I am hoping that we can finalise a definitive agreement.”

Before Golding took over as chairman in 2018, the club’s finances hit rock bottom as they struggled for months to pay their players’ wages.

The South St Andrew member of parliament said he is pleased with the shape the club is now taking, as it has been able to pay players on time and has been refurbishing areas of the stadium, the Anthony Spaulding Sports Complex, that have been long neglected.

“We have actually produced accounts for the first year of operations since we took over, and that is a big step in the right direction,” he said. “We have done some work on the stadium; we did some repairs that were long and outstanding. Bathrooms that were not functioning, we have restored them. Some leaks in the structure, we have sealed those, and we are looking to paint the facility.”