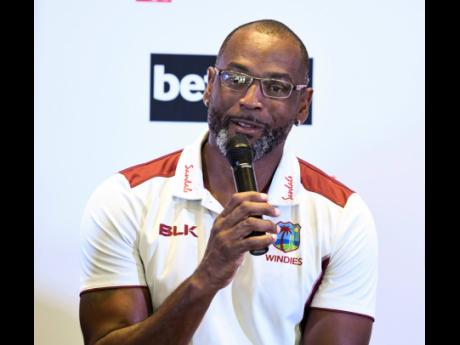 Interim West Indies head coach Floyd Reifer believes the gap between first-class and international cricket needs to be narrowed if players are to be properly prepared for the demands of senior team cricket.

Speaking in the wake of the Caribbean side’s nightmarish display at the ICC World Cup in England, Reifer also pointed out that fitness needed to be a key component of selection, and said regional franchises had a major role to play in helping players to reach their peak.

“Obviously going forward-­fitness is key. You play cricket at any level or in any international sport – football, basketball or anything you play – all teams pay attention to fitness levels, and that’s something we need to pay more attention to as we go ­forward,” Reifer said.

Reifer was announced to lead the squad to the World Cup after the new Ricky Skerritt administration dispensed of Englishman Richard Pybus after just one series in charge.

However, the Windies struggled to make an impression at the global showpiece, winning just two of their nine games to finish ninth in the standings on five points – only above minnows Afghanistan in their first World Cup.

Throughout the tournament, all-rounder André Russell was plagued by a knee injury that eventually ended his campaign, while seamer Kemar Roach and several other players struggled with niggling injuries.

Reifer, a former West Indies captain, said players needed to be developed in all areas if they were to be properly rounded when they reached the international level.

“That includes the skill set of ­players, the players’ mindset, the ability to win cricket games, situation awareness – all those things we need to improve on as we go on and build our cricket,” he pointed out.

“Everybody knows what is the problem, but we still need to find the solutions, so I think the solution is we have to work well with the franchises and rebuild our cricket again.

“We’ve got to get guys closer to the international level when guys come in to international cricket … and that only comes with preparation at the lower level and good coaching.”

West Indies will have little time to regroup following their failed World Cup campaign as they take on India in two Tests, three one-day internationals, and three Twenty20 internationals from August 3 to September 3.