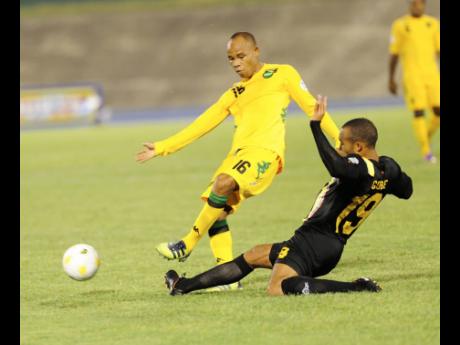 I was recently asked on a Hitz 92FM radio show why I think there’s always discord between athletes and sport federations and clubs in Jamaica. My simple answer is that sport, as a business, has made both sides demand more of each other; now, each simply wants to maximise profit like any other business. However, in sport, issues tend to be very public, and invariably, both sides will try use the media (traditional and new) to get their message out.

There’s a history of player strikes and player lockouts globally, even players who have taken their organising bodies to arbitration or directly to court. In the Caribbean, we’ve had cases such as Jermaine Hue’s 2004 lawsuit against the Jamaica Football Federation (JFF), or Trinidad and Tobago players against the T&T Football Association over wages from the 2006 FIFA World Cup. We know of the many instances between Cricket West Indies (CWI) and the players, especially through the West Indies Players Association (WIPA). Player strikes are more prevalent in team sports such as football, American football, basketball, baseball, and less likely in individual sports like athletics and swimming, primarily because of the risks associated.

In cricket, WIPA and CWI are engaged in discussions on the new Collective Bargaining Agreement (CBA), and so far, both have remained silent on its progress. Over the past two decades, we can remember the infamous NBA player lockout of 2011 (the fourth of all time), and the 2011 NFL lockout (the longest work stoppage) among others. Most of these lockouts are the result of players and owners having disagreements over the percentage split of income during the period covered by the CBA. In netball, we’ve also had stand-offs between players and national associations.

There will always be tense negotiations. We are even likely to see more issues developing locally among players, sponsors, associations and other stakeholders.

This is because many athletes have a genuine distrust of administrators, while many administrators think they have the right to earn more from athletes, as they are the ones who initially invested in the athlete.

Locally, you will hear the Reggae Boyz arguing for a larger percentage of winnings, or regional cricketers requesting more funding from CWI, especially from image and television rights. Globally, we are also familiar with athletes challenging the International Olympic Committee (IOC) to get more of the revenue generated from the Olympic Games. The IOC has always maintained that majority of its earnings go back to the National Olympic Committees (NOCs), but the athletes’ argument is that that money may not trickle down to them.

Additionally, most athletes believe (rightfully or not) that much of the money generated from their work does not benefit them in terms of development due to pilferage and corruption by sport administrators.

To compound matters, most administrators do not engage their athletes in discussions about funding and related possibilities.

Our regional sportspersons need more support in navigating this sports business web in order to maximise their earnings.

I am still calling for more players/athletes’ associations in Jamaica, especially for netball, track and field, and football, primarily because those are our most successful sports in terms of generating income.

There can be many challenges in establishing and structuring such associations and we could end up setting up a body that later falters in terms of looking out for athletes. Remember WIPA and some of its own players had a public spat which caused some to leave the players’ union.

However, if athletes want to earn more and protect their image, this is best done under an umbrella group that acts as a unionised body.

Players’ unions not only provide support for upcoming athletes, but also guidance for sportsmen and women who may not be familiar with the many regulations they will encounter.

So while the strikes, lockouts, and disagreements may continue to arise, I can only hope that in the Caribbean, our athletes will increasingly have the support personnel to help them navigate the various issues.