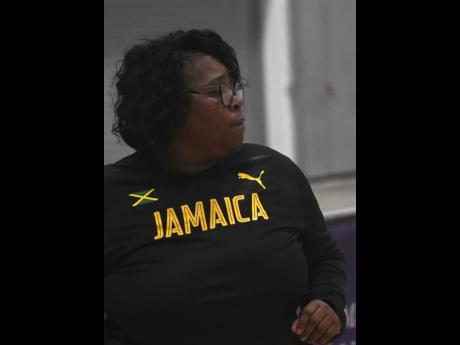 There was a look of shock and sadness on the faces of the Sunshine Girls as they walked off the court at the M&S Bank Arena here, knowing that yesterday’s 56-48 defeat to hosts England in Group G of the Vitality Netball World Cup has all but ended hopes of advancing to the semi-finals.

The Sunshine Girls, who were suffering back-to-back defeats after Sunday’s 55-53 loss to South Africa, will now be hoping that other results in the group will go in their favour to stand a chance of making it into the last four.

The Jamaicans must win their two remaining matches against Scotland and Uganda and hope that South Africa lose their last two fixtures against Uganda and England to stand a chance of advancing. However, if they fail to progress, this will mark the first time since 1995 that they would have done so.

Head coach Marvette Anderson was at a loss for words in explaining the Jamaicans’ poor results in the tournament.

“It might be a concentration issue. It might be that the players are not disciplined enough to stay with the play. I can’t tell you right now because when the ball is in the players’ hands, I don’t know what goes through their heads,” she said.

“I look at it as things just happen. I would love to be in the semi-finals, but it didn’t happen, and we just have to move on,” she said.

The Sunshine Girls are set to tackle Scotland in their next game tomorrow, and Anderson says that the Jamaicans will be going to play hard.

“We are a proud group, and we know that we are not going down without a fight in the next two games because we are going to give it our all as we are still representing our country,” she said.

However, in the midst of the Sunshine Girlz defeat yesterday, captain Jhaniele Fowler created history for herself as she became the first shooter in the history of the competition to record a perfect shooting percentage of 100 per cent through 60 minutes of play when she scored 43 goals from 43 attempts. Goal attack Shanice Beckford, with five goals from nine attempts, was the other scorer for the Jamaicans.

The Sunshine Girls started the match much better than they did against South Africa as they matched the English girls stride for stride in the opening quarter.

However, a few unforced errors by their midcourt players Khadijah Williams and Vangelee Williams resulted in England taking a 14-12 lead at the end of the first quarter.

The Jamaicans stepped up their game in the second quarter, and, at one point, rallied to take a 23-22 lead with five minutes remaining in the period, but like they did in the first quarter, their defenders gave away the ball, which allowed the England Roses to take a 28-26 lead at half-time.

The Sunshine Girls lost their way in the third quarter as England outscored them 16-10 for a 44-36 lead at the end of the period. Jamaica goalkeeper Shamera Sterling and goal defence Jodi-Ann Ward, who replaced Stacian Facey at the start of the third period, were unable to contain England’s shooters Joanne Harten and Helen Housby, who outplayed them in the shooting circle.

Anderson then brought on Romelda Aiken for goal attack Shanice Beckford in the latter stages of the fourth quarter, but this move failed to bear fruit as England held their nerves for the victory.