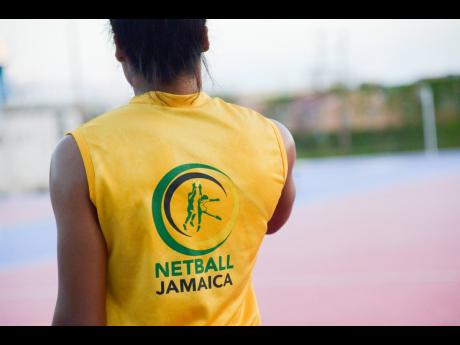 Shorn Hector
A member of Jamaica’s national senior netball team takes a break during a training session at the Leila Robinson Courts ahead of the Netball World Cup.

The Sunshine Girls, who were one of the favourites for the gold medal, entered the championships on a high having moved up one spot to second place in the world rankings a week before the start of the tournament.

However, they are now on the verge of missing out on a place in the semi-finals for the first time since 1995 after back-to-back defeats against South Africa (55-52) and hosts England (56-48).

In fact, the Sunshine Girls must win their remaining two matches and hope that both South Africa and England lose their final two games. In the unlikely event that this happens, the team would still have to hope for a favourable goal average, effectively ending their chances of advancing to the semis and shooting for a medal.

A disheartened Daley-Morris is still coming to grips with the reality that the Girls will likely be playing for fifth place in the tournament, a far cry from their ambitions when they arrived.

“It is a backward step and I am not proud to be the president that has to deal with this, but I have to deal with it and the fact of the matter is that we let the country down and I sincerely apologise for that,” Daley-Morris added

The president also hinted that there will be changes to the Sunshine Girls coaching staff after the championships.

“We were equal to the task, we fell asleep on the job and the results are what they are,” she said. “Lot of changes will be made; we cannot go forward with the way things are.”

“It is not that we don’t have a good team. We have the best defender in the world, we have the best shooter in the world and we have a swift centre court, and we have girls that are extremely knowledgeable and experienced in the game,” she said. “This outcome could not be predicted by any of us. We would not have expected it and so we would have to sit down and make some tough decisions because this country is depending on us to do well.”