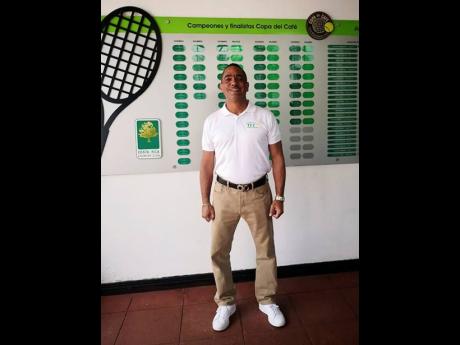 International Tennis Federation White Badge umpire Simon Casserly will be among the Jamaicans representing the island at next week’s Pan American Games in Lima, Peru.

Casserly has been confirmed as one of the designated chair umpires in the lawn tennis competition.

He recently returned from a successful Davis Cup assignment in Costa Rica and feels that the tournament was good preparation for the Pan Am Games.

“Davis Cup is the World Cup of tennis, so the level of play was high. Also, the native tongue in Costa Rica is Spanish, so I’m now prepared to make the announcements in Spanish, as will be required in Peru. I’m very happy with the appointment, and I will represent the nation to the best of my ability,” said Casserly.

Casserly gained his accreditation in 2002 but in recent years has been given some of the most sought-after assignments in the region. He is pleased with the positive evaluations he has received but is conflicted about taking his game to a higher level.

“’Getting the Bronze Badge certification, which would qualify me to umpire at Grand Slams and the Olympics, would require me doing twice the amount of professional matches that I currently do. This would mean more time away from my family and is unlikely to meet with my employer’s approval. For the time being, I have to be happy doing tournaments in Central America and the Caribbean,” he said.