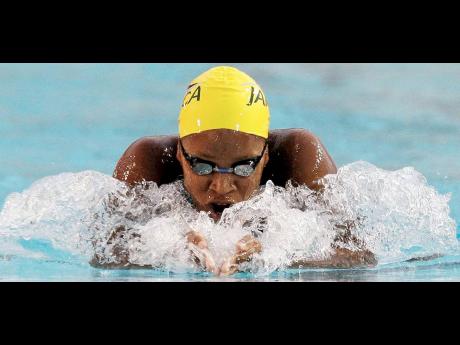 Jamaican swimmers Keanan Dols, Michael Gunning, and national record holder and four-time Olympian Alia Atkinson will all be looking for podium finishes when the swimming section of the FINA World Championships gets under way starting this week in Gwangju, South Korea.

Atkinson will start her championship campaign in the 100m breaststroke preliminaries tomorrow in Heat Five. The national record holder is looking to stand on the podium once again, adding to the bronze medal that she won in 2015 in Kazan, Russia.

Atkinson did not take part in the 2017 edition of the Long Course (50m) championships.

The semi-finals will also take place tomorrow, with the final scheduled for Tuesday.

Keanan Dols will lead the way for the men as he makes his Long Course Championship debut on Wednesday in the 200m Individual Medley (IM) and on Friday in the 100m butterfly.

Dols is the national record holder in the 200m IM, setting the new mark of 2:03:66 at the 2018 Central American and Caribbean (CAC) games in Barranquilla, Colombia. Dols, who will be a red shirt freshman at the University of Pennsylvania, competed at the 2015 World Junior Championships and the 2016 World Short Course Championships.