Return of the ‘Mac!’ - Former technical director open to another Sunshine Girls stint 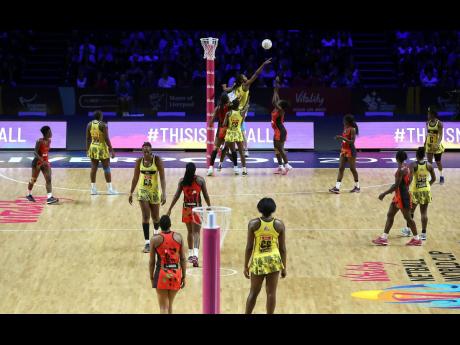 Former national senior ­netball team technical ­director Jill McIntosh, says she is open to a return to the Sunshine Girls set-up if she is called upon by Netball Jamaica (NJ) in the future.

McIntosh, an Australian who is regarded as one of the greatest coaches ever, previously held two short stints in Jamaica as a consultant to the team in 2010 and 2015 under the leadership of then president Marva Bernard.

McIntosh told The Gleaner in an exclusive interview that she is ready to assist the Sunshine Girls team if she is asked by the NJ administration.

“I don’t think I will be asked back because maybe Jamaica needs to move on,“ McIntosh said. “But I will certainly be available to ­consult with whomever is the coach because I do believe in the team. I do believe that the players have the ability because they are very skilled players, and as a group, they have the ability to be playing off in a final. I will just wait and see what happens now, moving ­forward with the team.”

McIntosh, who recently worked as a consultant with Fiji in their ­preparation for the Vitality Netball World Cup, says Jamaica has improved over the years because numerous players are now in top leagues around the world and this is good for the development of the country’s netball.

“I know most of them, and I have seen them play over many years, and they are good. Many of them are now playing in respective leagues in other countries and they are gaining experience. They are growing, and they are becoming better and better, so they are good,” McIntosh said.

The Marvette Anderson- coached Sunshine Girls, who are ranked second in the world, have once again failed to spark at the World Cup after being unable to secure a spot in the semi-finals of the competition.

In fact, the Sunshine Girls, who have not won a medal at the ­championships since 2007, were missing the semi-finals for the first time since 1995.

When contacted for a comment yesterday on whether McIntosh would be welcomed back, NJ president, Dr Paula Daley-Morris’ phone rang without answer.