‘Hard-nosed’ Halliman sticking to his style at XLCR 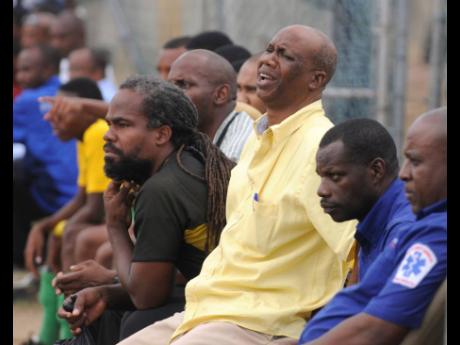 Veteran coach Leebert Halliman, who recently returned to Excelsior High School as technical director of its football programme, says that although some sections of the school community disapprove of his reappointment, his track record of discipline and results speaks for itself.

Halliman guided Excelsior to all available titles during his two stints in charge at his alma mater.

However, they have failed to reap any success since his departure in 2014, and the ­decorated coach believes he is best equipped to address some of the issues affecting the football team and return Excelsior to the top of schoolboy football in Jamaica.

“Obviously, something must have gone wrong why they asked me to come back, and most ­people (in the school) identify it as the whole breakdown in the discipline of the players and the breakdown of the programme,” Halliman said.

However, Halliman, who resigned his post in 2014 because of internal difficulties with some members of the school fraternity, is aware that not everyone is in support of his return.

“The people who govern the school don’t have a problem (with my return). It’s the people who have their agendas who really don’t want me back. But look at my stats and where I brought the school to. When I took them up, they were not a factor in football at the time, but I worked with them, and they won every title, and the discipline in the school was of a high class. But a lot of people wanted their chance, so I stepped away and gave them the opportunity. But they made a mess of it. The whole breakdown of discipline and the whole attitude of the players to represent the school was not right,” Halliman noted.

Halliman’s hard-nosed style of coaching has also been ­criticised as being outdated, with some ­supporters of the programme calling on him to adopt a new approach to deal with the ­modern student-athlete. However, Halliman says he will be sticking to his principles as he sees no reason to change his way of doing things.

“A lot of the players in the past used to say I was too tough, but the same players came back and told me that the things I used to do were right. My approach is all about life, and I spend a lot of time in their (players) development of life, their academics, as a player and as a person. I try to ensure they develop the right way because I know the right way,” he said.

Halliman led the Mountain View Avenue-based school to Manning Cup titles in 2003 and 2004 and also took them to the final in 2006 when they lost to Bridgeport. Under his guidance, Excelsior also tasted Walker Cup victories in 2004 and 2008 and shared the Olivier Shield with Frome in 2003. He also won the Manning Cup and Olivier Shield in 1987 with St Andrew Technical.