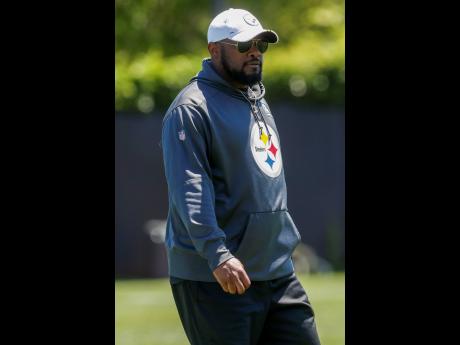 The Pittsburgh Steelers and coach Mike Tomlin have agreed on a one-year contract extension that will run through the 2021 season.

The club announced the deal as players arrived at Saint Vincent College yesterday for the start of Tomlin’s 13th training camp with the team.

The 47-year-old Tomlin had two years left on his previous deal, a time frame when the Steelers typically renegotiate or do new contracts for prominent coaches, players and front-office members.

“Mike is one of the most successful head coaches in the National Football League, and we are confident in his leadership to continue to lead our team as we pursue our goal of winning another championship,” Steelers president Art Rooney II said in a statement.

Tomlin is 126-66-1 since replacing Bill Cowher in 2007. He has led the Steelers to a pair of Super Bowl appearances – winning one – while capturing six AFC North titles and eight play-off berths overall. Pittsburgh are looking to bounce back from a late-season collapse last winter that forced them to miss the postseason for the first time since 2013.