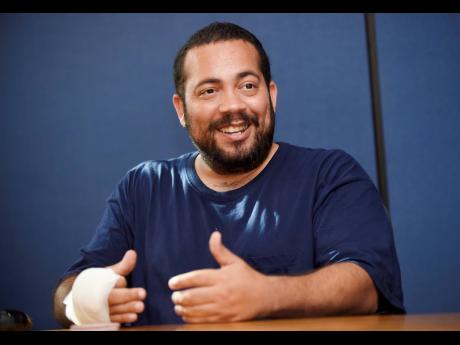 The name ‘Daniel Chacko-Wilmot’ is one that is well known in the sporting sphere of Jamaica’s mixed martial arts (MMA) circuit as the president of the MMA Jamaica Sports Federation. In a recent interview, Chacko-Wilmot spoke about his time as a cricketer during his youth.

While not highly publicised, Wilmot was well-travelled during his cricket career. Recalling from as early as his days playing in the Sunlight Cup for Campion College, he said that he travelled to Australia, the United Sates, and even Costa Rica to apply his trade.

Wilmot explained that with this experience under his belt, he took various lessons from the sport that have helped to mould him into the person he is today.

“Discipline is a lesson I learnt from the sport. It is a good guide in life as it creates a fighting spirit within people that if you have to do something, you have to do it well because you have to fight hard for it,” he explained. “I think sport has brought discipline, and it has kept me out of trouble. It has really encouraged me to be passionate about what I want to do in life.”

Chacko-Wilmot sought to commend the efforts of the Social Development Commission (SDC)/Wray & Nephew National Community T20 Cricket Competition, which he believes is a great initiative for boosting the quality and popularity of the sport.

“I think it is good as it is a step in the right place in terms of getting more teams and more people involved in cricket. I think that’s something that the organisers and the cricket board have to do – get more people involved in cricket,” Wilmot stated. “I think that the SDC cricket competition is definitely a step in the right direction. I hope that the private sector can step up and create more cricket competitions.”

Describing himself as old-fashioned as he prefers the Test cricket format of the game over the T20 format, Wilmot said that the private sector can capitalise on the shorter format, which has seen a boost in popularity over the years.