Jamaica crash out of CentroBasket Championship 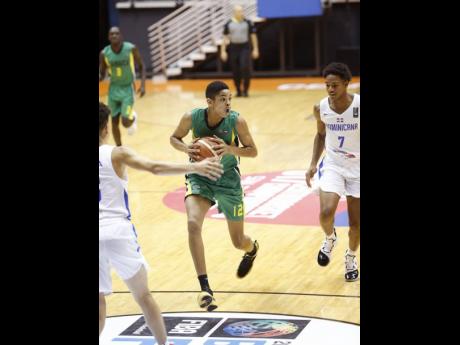 Jamaica’s Under-17 CentroBasket Championships ended in disappointing fashion as they were smashed 115-49 by the Dominican Republic (DR) in their third and final game as group play concluded in San Juan, Puerto Rico, on Friday.

The Jamaicans headed into their final group game in desperate need of a win and some help from group leaders Mexico in order to stand a chance of advancing into the semi-finals but were again blown away in their follow-up to their 125-69 loss in their second group game to Panama.

On Friday, the first quarter was competitive as the Jamaicans started brightly from the tip-off.

St George’s Kevon Gayle, who was a late inclusion on the team after getting his visa, scored the game’s first field goal, and Florida-based Joshua Minott got to the line and made one of his two free throws to give Jamaica a 3-0 lead in the opening 24 seconds.

After the Dominican Republic answered with a three-point shot, Minott fired the Jamaicans back in front with a lay-up shot. The DR managed to pull away as the period went on, but Jaiden Brown sank a three pointer with six seconds left in the quarter, which only saw the Jamaicans down by 12.

However, turnovers were again the Jamaicans’ Achilles heel as they surrendered possession 37 times, resulting in 44 points from turnovers for the Dominican Republic. Jamaica only managed to score eight points in the final quarter.

The DR team’s shooting was efficient, scoring 52.87 per cent from the field, including 37.5 per cent from the three-point range. They were dominant in the paint, scoring 64 points, and got an overwhelming 70 points from the bench. Jean Montero led the way for the Dominican Republic with 23 points and four assists, while Juan Alejandro De Los Santos had a double double with 22 points, 11 rebounds, and two assists.

Jamaica’s offence struggled again, managing to only score 26.56 per cent from the field with only 21.05 per cent from beyond the arc.

Minott has been carrying the scoring load for Jamaica and has been a major positive in their campaign. The Jamaicans had modest expectations but eventually were overwhelmed by the high level of competition. Minott had his best performance in the blowout against Panama on Thursday, scoring 27 points, nine rebounds, four assists, and four steals.

He contributed with 19 points, seven rebounds, three assists, and three steals against the Dom Rep. Brown was the second-highest scorer with eight points, three rebounds, and one assist.

In the other game in Group B, Mexico defeated Panama 93-68 to advance to the semis as group winners. The Dominican Republic will join them after finishing in second place in the group.