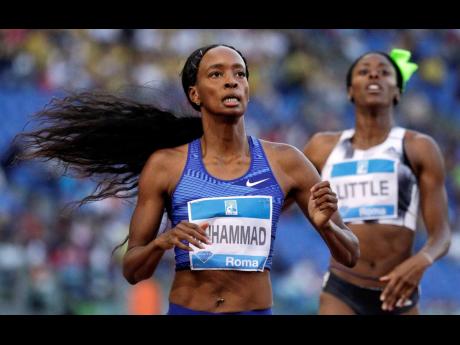 Dalilah Muhammad broke a 16-year-old world record in the 400m hurdles by finishing in 52.20 seconds on a drizzly night at the US championships this evening.

With puddles on the track, the reigning Olympic champion eclipsed the mark of 52.34 seconds set by Yuliya Pechonkina of Russia on August 8, 2003.

Mumammad's run means former world champion Melaine Walker, of Jamaica, moves from being the second fastest ever in the event to third, with her time of 52.42 seconds set at the IAAF World Championships in Berlin, Germany on Thursday, August 20, 2009.

Teenager Sydney McLaughlin was second and Ashley Spencer wound up third to also earn spots to the World Championships in Doha, Qatar. Kori Carter didn't compete in the event, but has an automatic bye into worlds as the defending champion.