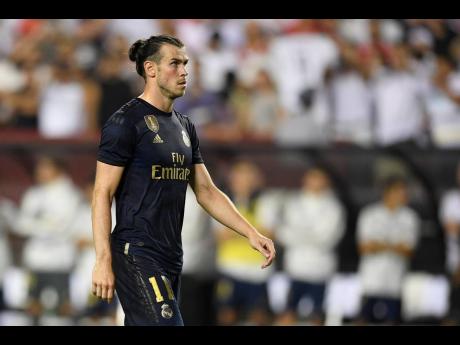 Real Madrid winger Gareth Bale is expected to remain at the Santiago Bernabeu for the foreseeable future after the club cancelled the Welsh international’s move to China.

The 30-year-old Bale was closing in on a transfer to Chinese Super League club Jiangsu Suning on a three-year deal, with Bale earning a reported salary of £1 million (over J$167 million) per week. It has been reported by The Telegraph that the transfer was called off due to Madrid demanding a transfer fee for the player.

In addition, Madrid’s attacking options are depleted as Marco Asensio will be sidelined for the majority of the 2019-2020 season after rupturing his anterior cruciate ligament during a pre-season friendly against Arsenal last week Tuesday.

Real Madrid manager Zinedine Zidane said last week that Bale was “very close to leaving” as the winger was no longer part of his plans going forward. He added that his exit would be “best for everyone”.

“I have nothing personal against him, but there comes a time where things are done because they must be done,” Zidane said after a pre-season friendly against Bayern Munich on July 22.

The embattled Bale has dealt with injury problems, which only saw him make 79 league starts in the past four seasons. His 42 appearances this season have seen him booed at times by Madrid fans.