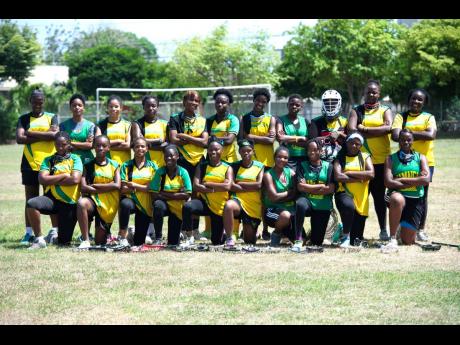 While the nation celebrates its 57th anniversary of Emancipation on Thursday, in the city of Peterborough, Canada, Jamaica’s Under-19 Women’s lacrosse team will make history of its own; it will be the first team from the Caribbean to compete in the Under-19 World Lacrosse Championships.

Jamaica will play China in their opening Group C game at 10 a.m. Jamaica time. Their other opponents in the group are Germany, Kenya, and South Korea.

As surreal as the moment will be for the players, the experience will be as rewarding for Under 19 head coach Alix Baldini.

“This chance to compete in Peterborough at the World Championships is a once-in-a-lifetime opportunity. It is a first for Jamaica, the only Caribbean country competing, and for women’s sports in Jamaica,” she said glowingly.

Baldini will be assisted by Karli Brentlinger, the head coach of Division One school Howard University, and Peter Kenny.

That the team has made it to Peterborough is an achievement in itself. The situation was looking dire a few weeks ago as the girls still lacked the funding necessary to take them to the competition. A GoFundMe page was set up in April to aid the girls’ trip to Canada. Recently, the team received a big boost from the Ministry of Sport to the tune of $1 million, which funded the team’s airfare to Canada. The team, however, is still in a financial bind to close the CAD$15,000 to CAD$20,000 (just over J$1.5 million to J$2 million) gap.

Despite the financial cloud still hovering over their heads, Baldini is proud of the focus the girls have brought to their training sessions, highlighted by a win in a friendly scrimmage against Mexico on Friday.

“Playing against an equally good team such as Mexico has helped our girls regain more confidence and drive to work as a unit,” Baldini said. “The team bonding has strengthened each day with each training session. They’ve worked hard to get to this point, and the closer we are to playing our first match has brought more focus, more drive to each drill and session.”

Thursday will be the culmination of a five-year personal odyssey for Baldini, who came to Jamaica from Florida in July 2014 for a one-week trip to coach lacrosse. Her experience and the new friends she made left her with unfinished business when she returned home. She has ventured back and forth to the island since then for summer and winter sessions, quietly moving up the ranks in the Jamaica Lacrosse Association from volunteer all the way to head coach.

“People often ask, why Jamaica? Why do you return to coach camp every year? The answer is simple. There is no place I would rather be than on this journey alongside them,” Baldini said.

Baldini hopes that the experience gained over the two weeks of competition will inspire and motivate a new generation of players and that the growth of the sport locally will continue.

“It’s truly special, the reward of the smiles, passion, [and ] the enjoyment of playing that has now impacted these 18 young ladies to make their own impact among young girls in their own country,” she said.