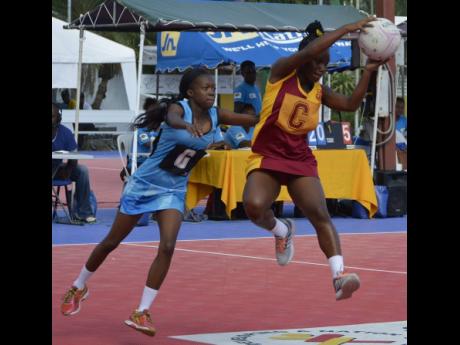 Marva Bernard, president of the Americas Federation of Netball Associations (AFNA), said preparations are in high gear ahead of this year’s second staging of the High Schools Champion of Champions Netball Championships, which will be held in St Maarten from August 4-14.

The tournament, which was first staged in Jamaica last year, is open to the winners and runners-up high schools from each member country, from age 19 and under. Nine schools have so far been confirmed for this year’s tournament.

Bernard told The Gleaner that she is expecting a very entertaining tournament this year because all the teams are looking forward to the championships.

“Things are falling in place as St Maarten gets itself ready to host the teams that are coming to participate in the championships,” said Bernard.

“My expectations are that the teams will go out and enjoy themselves and play some good netball because one of the things that we have to work on in this area is the development of the sport at the youth level,” she said.

Bernard, who is a former president of Netball Jamaica, noted that the tournament also forms part of the development of the region’s young netballers, who will be matriculating in their country’s senior teams.

“This is all a part of the plan to give the under-19 girls a chance to play competitive netball because they are going to form the nucleus of the under-21 team and senior team for their country,” said Bernard.

“We want this competition to grow from strength to strength, and even now as this one is going to happen, we are looking to see who is going to host the next one because it has to be something that we stage every year,” she said.

Gaynstead High will represent Jamaica at the championships.