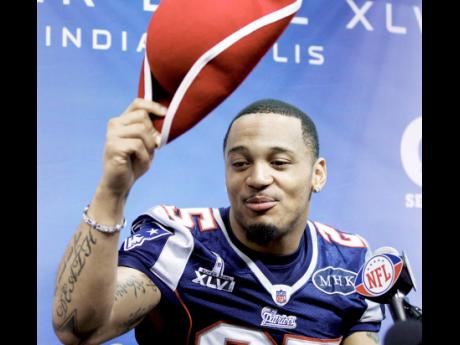 Led by 2017 Super Bowl winner Patrick Chung, there is a small contingent of Jamaicans in American football.

Michael Blair, a retired wide receiver, wants that to grow into a steady stream, who utilise college scholarships to go all the way. Blair plans to put in the resources to make it easy for local youth to follow Chung’s footsteps.

“If you say will a Jamaican do well in American football, if you look at me, you would say yes. I’m just not born here,” said Blair, a retired Green Bay Packers player. “But my DNA ceiling is all Jamaican.”

The nephew of former Vere, Santos and Jamaica star Corcel Blair knows what needs to be done to bridge the gap.

“The difference is I had the resource persons to play the game, the infrastructure set to have a feeder system to feed the dream and make it a reality,” he reflected.

Visits to Jamaica to run NFL camps make him optimistic.

“When I do these camps and I look out there, I just scratch my head. I’m like, geez, this guy looks just like me, he’s moving just like me but guess what, when I leave here, he doesn’t see the game anymore,” lamented Blair, who is the vice-president of the Chicago Chapter of the NFL Alumni.

To cover that gap, he has begun to work to build an NFL feeder system here, with US college scholarships as a key.

In time, he hopes to replicate the resources available where he grew up.

Working through his company, 9010 Sports, which helps athletes achieve top performances in running-related sport, Blair expects to bring exhibition NFL games to Jamaica as part of his programme to grow the sport here.